CLEVELAND—With the support of Harrington Discovery Institute at University Hospitals (UH), an ophthalmic therapeutic dubbed KIO-301, which was initially developed by Richard Kramer, PhD, at the University of California, Berkeley (UCB), has successfully been granted approval to start a Phase 1b, first-in-human clinical trial. Currently under the stewardship of Kiora Pharmaceuticals, Inc., (NASDAQ: KPRX) via a license with UCB, Inc., the drug is intended to restore lost vision in patients with Retinitis Pigmentosa (RP)--a rare, genetic eye disease that causes severe loss of functional vision and affects an estimated 100,000 people in the U.S.

The retina of the eye has two types of light-sensitive cells called rods and cones. Patients with RP lose these cells over time, and most people with the disease are legally blind by age 40. Dr. Kramer and collaborators have developed a series of drug compounds with promise to restore vision by sensing light.

“When we look at the world, we’re constantly moving our eyes and need to respond to changes of light, not just the presence or absence of it,” explained Dr. Kramer. “The drugs we developed are light sensitive and have the potential to restore clinically meaningful vision.”

After initially discovering the compounds, Dr. Kramer and his team needed to figure out a way to safely and effectively introduce them into the eye. He applied for a grant through the Harrington Discovery Institute and the Foundation Fighting Blindness to receive funding and work with an advisory team.

“With the help of our Harrington advisors, we developed a delivery strategy that would work for a prolonged period of time,” he said. “The goal was to be able to inject the compound into the eye and have it disperse to cover the whole retina, not just stay localized at the place it was injected. The delivery model we developed was incredibly effective, and is the strategy that will be used in the clinical trial.”

The Phase 1b clinical trial will take place at The Royal Adelaide Hospital in Adelaide, South Australia and enrollment is expected to begin in the third quarter of this year. Initially, a variety of doses will be tested on a small group of patients, and Dr. Kramer will consult with the pharmaceutical team along the way.

“Harrington Discovery Institute was established ten years ago to accelerate promising academic discoveries into medicines for unmet needs,” said Jonathan S. Stamler, MD, President, Harrington Discovery Institute, Robert S. and Sylvia K. Reitman Family Foundation Distinguished Professor of Cardiovascular Innovation and Professor of Medicine and of Biochemistry at UH and Case Western Reserve University. “Dr. Kramer’s research, drug development and clinical trial are a true success story of our mission, and an excellent example of how we aim to help researchers develop new drugs for rare diseases that do not yet have treatments.”

“We have been working on this research for 15 years, so this is a very exciting step forward,” added Dr. Kramer. “I’m very thankful for my Harrington advisory team. Getting advice from experts in real world drug discovery and delivery, that also have experience in the pharmaceutical space, was very important to get to where we are today.”

Dr. Kramer is a 2017 Gund-Harrington alum and is based at University of California, Berkeley. Read more about his research at HarringtonDiscovery.org.

About University Hospitals / Cleveland, Ohio
Founded in 1866, University Hospitals serves the needs of patients through an integrated network of more than 20 hospitals (including five joint ventures), more than 50 health centers and outpatient facilities, and over 200 physician offices in 16 counties throughout northern Ohio. The system’s flagship quaternary care, academic medical center, University Hospitals Cleveland Medical Center, is affiliated with Case Western Reserve University School of Medicine, Northeast Ohio Medical University, Oxford University and the Technion Israel Institute of Technology. The main campus also includes the UH Rainbow Babies & Children's Hospital, ranked among the top children’s hospitals in the nation; UH MacDonald Women's Hospital, Ohio's only hospital for women; and UH Seidman Cancer Center, part of the NCI-designated Case Comprehensive Cancer Center. UH is home to some of the most prestigious clinical and research programs in the nation, with more than 3,000 active clinical trials and research studies underway. UH Cleveland Medical Center is perennially among the highest performers in national ranking surveys, including “America’s Best Hospitals” from U.S. News & World Report. UH is also home to 19 Clinical Care Delivery and Research Institutes. UH is one of the largest employers in Northeast Ohio with more than 30,000 employees. Follow UH on LinkedIn, Facebook and Twitter. For more information, visit UHhospitals.org. 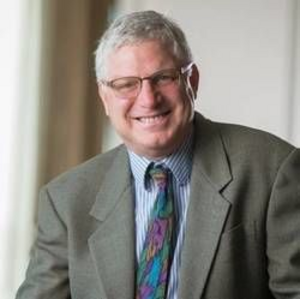 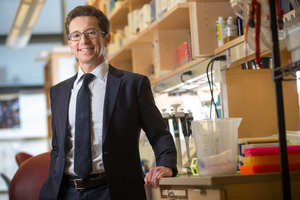