A new study shows that 87 genes have been affected by deletions or short insertions during the course of the mammoth’s evolution. The researchers note that their findings have implications for international efforts to resurrect extinct species, including the woolly mammoth. The study was published today in the journal iScience by researchers at the Centre for Palaeogenetics in Stockholm, a collaboration between Stockholm University and the Swedish Museum of Natural History.

One of the most widely discussed methods to resurrect extinct species is to use genome editing techniques such as Crispr-Cas9 to insert key gene variants from an extinct species into a genome from its living relative. However, the results in this new study indicate that one might also need to remove certain genes to preserve important biological traits while reconstructing extinct genomes.

“Editing the genome of a living species to mimic that from an extinct relative was never going to be easy, and these new findings certainly illustrate the complexity and difficulties that lie ahead”, says Love Dalén, a professor of evolutionary genomics at the Centre for Palaeogenetics.

The researchers behind the study have sequenced two new Siberian mammoth genomes from the last ice age, and compared these with a total of 33 previously published genomes from mammoths, Asian elephants and African elephants.

Losing part of a gene, a gene deletion, will affect its function. Similarly, short insertions lead to frame-shift mutations that can make the genes unreadable. The results show that there are many thousands of deletions and short insertions across the mammoth’s genome, comprising more than three million letters in the genetic code. Overall, the researchers found that most of these did not occur within genes, indicating they generally have had a negative impact on mammoth viability.

“However, we did also find 84 genes that have been affected by genomic deletions and three that have been affected by short insertions. These structural changes likely had a significant impact on the function of these genes and might have contributed to some of the unique adaptations of the woolly mammoth.”, says Tom van der Valk, a researcher at the Centre for Palaeogenetics.

The change in functionality in these 87 genes may have been important for mammoths as they evolved adaptations to the cold environment in the far north. Many adaptive traits, such as body size and cold tolerance, are regulated by several different genes. Losses of some of these genes can therefore affect the functional pathways that shape the development of these adaptive traits.

“Several of the genes that have been affected are related to classic woolly mammoth traits such as fur growth and hair shape, fat deposition, as well as skeletal morphology and ear shape”, says Marianne Dehasque, a PhD student on mammoth genomics at the Centre for Palaeogenetics. 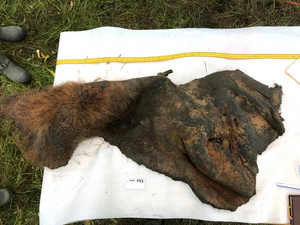 Skin from the skull of a woolly mammoth 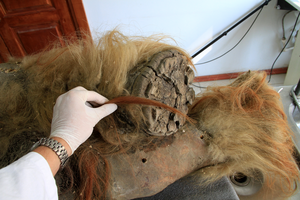 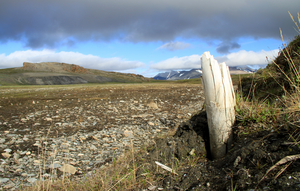 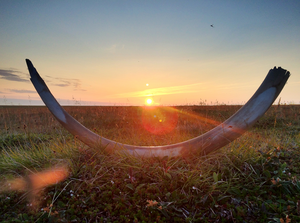