Naturalists Alfred Russel Wallace and Charles Darwin both presented the theory of evolution at the same time in 1858. They thus changed both the course of biology and how we understand the natural world around us.

Evolution is about how species change over time with the help of genetics, but also about how new species are created. Without evolution we would not exist, because species would not be able to adapt to changes in the environment.

Now researchers have gained greater insight into how evolution takes place, and how several species have evolved from a single species. They have discovered what the ancestors of several of today's species were like.

The research group tackled the task by studying trees that Darwin came upon during his trip to the Galapagos Islands in 1835.

“We’ve found irrefutable evidence of the island syndrome in the genes of Darwin's giant daisies,” says José Cerca, a researcher in NTNU’s (The Norwegian University of Science and Technology) Department of Natural History at the NTNU University Museum.

He is the first author of a new article in Nature Communications involving 30 different researchers from four different continents.

So what does "island syndrome" actually mean? First, you need to know a little more about evolution and why scientists often look at islands to understand it.

Islands in general are particularly interesting for anyone who wants to study evolution. How evolution affects different species can become very clear on islands, and this is referred to as the “island syndrome."

You might be familiar with the small reindeer on Svalbard, an adaptation that may be related to the far northern island’s harsh climate and limited access to nutritious food. A similar adaptation was found among dwarf mammoths on North American islands, but these became extinct almost 4 000 years ago. For some species, one consequence of the island syndrome is to become smaller.

The most famous example of adapting to island life, however, are Darwin's finches from the Galapagos Islands, an archipelago belonging to Ecuador. Darwin collected birds from several of the islands during five hectic weeks. Other scientists studied them later for years. (They actually aren’t finches, but that doesn’t matter here.)

The so-called finches consist of 18 different species, all of which have probably evolved from a single species. One of these species is native to Cocos Island, which belongs to Costa Rica, while the rest are native to the Galapagos. All species in the Galapagos have been allowed to develop undisturbed on the remote islands, without any significant genetic contributions from the mainland almost 1 000 kilometres away.

The geographical isolation makes evolution much clearer and easier to study on islands and prevents clouding the results with genes from the outside.

Some of the species found on the Galapagos today are geographically separated locally as well, but they seem to differ from each other primarily by adapting to different niches in the environment.

The finch species sing differently, some of them eat insects, others are vegetarian, some have long beaks while others have short ones, all depending on what is most useful to them for obtaining food.

Small variations in the birds' genetics have given rise to several species that specialize in different ways. These finches are therefore often cited as the crowning example of evolution. But the finches face competition from a plant genus.

The competing plant genus is Scalesia. The entire genus of 15 species is endemic to the Galapagos Islands, meaning that they are found only on these islands. The genus consists of shrubs and trees.

All these species have also evolved from a single species that at some point in the distant past came to this archipelago.

The research group this time selected one of these species to study. Scalesia atractyloides Arn. is the Latin plant name, but scientists have chosen to call it Darwin's giant daisies, which is a little more manageable to pronounce for most of us.

This species is a critically endangered dwarf tree found only on the island of Santiago in the Galapagos. Santiago is one of the four islands that Darwin visited during his trip to the archipelago.

“We sequenced and described the genome of the plant,” says Cerca, which means that they now know the genetics and the gene sequence in great detail.

Cerca worked with Michael D. Martin, a professor also at the Department of Natural History, genetic expert and the study’s last author.

They found several variants in the genetic material that could have contributed to the original species being able to develop and spread to different niches in the environment.

“These variations are associated with vascular development, growth, adaptation to salinity and flowering time,” says Cerca.

In other words, they reflect different possibilities for adapting to varying conditions.

Original plant had a double set of genes

Genetic research has come a long way in the last few years. You can find out much more, not only about the plant itself, but also what the plant's predecessors were like.

By using several different methods, the research group this time managed to calculate their way back to what the very first plant must have been like.

“We found that the common ancestor of all the species in the Scalesia genus was an allotetraploid,” says Cerca.

This might not immediately sound like a reason to get excited for most of us, but it does mean that the original plant was somewhat special.

An allotetraploid is a variant – or a hybrid if you will – that has twice as many chromosomes, and therefore also genes, as a normal plant. This came about because two different plants had crossbred and created a hybrid.

The crossbreeding also provides a large selection of genes from which offspring can develop.

Such crossbreeding is probably more common than believed a few years ago, but for researchers it is still a big deal.

“We’re beginning to understand the genetic basis for how this one original plant species might have evolved into several species,” says Cerca.

The group's work provides valuable insights that may also be useful to other researchers who are working to understand how species adapt to different environments.

Now we know a little more about how species manage to keep up and adapt to varying conditions. This is perhaps especially important at a time when the environment in numerous places on the planet seems to be changing faster than it has for a long time.

José Cerca
The Norwegian University of Science and Technology
jose.cerca@ntnu.no 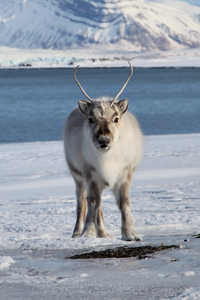 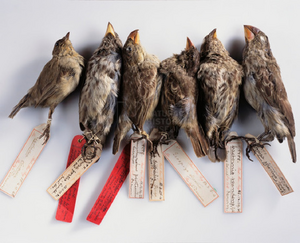