FORT LAUDERDALE/DAVIE, Fla. – Blue marlin - one of the largest fish, and sailfish - one of the fastest fish, provide some of the most prized fights in the sportfishing world, making catching them with rod and reel one of those “once in a lifetime” experiences. Their distinctive elongated front-end bill gives them a built-in sword-like weapon for hunting, and thus the moniker “billfish”.

With concerns about overfishing of these majestic animals, especially blue marlin, efforts to try and prevent population declines have prompted mandated “catch and release” rules in the recreational fishing industry in many regions. And for the most part, after an angler catches and releases one of these sport fish after what can be a very long and strenuous fight, the thought is “well, the fish will be okay,” and the fishermen go about the rest of their day. What wasn’t known is what happens to the fish after you let them go – do they survive, and if so, how long does it take them to recover.

Thanks to researchers at Nova Southeastern University’s (NSU) Guy Harvey Research Institute (GHRI) who designed novel electronic tag packages incorporating high-tech sensors, we now have for the first time, a detailed view of exactly how these fish behave once they slip back below the surface and out of sight.

“For the angler, a billfish fight consists of a fast-paced, high-energy battle of wills that hopefully culminates with a fishing-line leader grab and a safe release of the fish, some high fives, rehydration, and re-setting the spread for the next one,” said Ryan Logan, a doctoral candidate and research associate at NSU’s GHRI. “For the fish, on the other hand, this is a fight for its life using a tremendous amount of energy, and it was those high-speed runs and aerial acrobatics that made me wonder: how long does it take them to physically recover from that fight after being released?”

Using a high-resolution technology that had never before been applied to billfish, a new research study just published in ICES Journal of Marine Science set out to answer the question of post-release behavior and recovery time for blue marlin and sailfish caught offshore of one of the premier fishing locations in the world, Tropic Star Lodge, in southwest Panama. And the findings were quite something.

“We used an inertial measurement unit (IMU), which integrates multiple sensors including multi-axes accelerometers, gyroscopes, and magnetometers to provide estimation of an object’s orientation and movement in space,” said Logan. “Sounds very technical, but most people are likely to have one of these units in their pocket or on their wrist right now. They are used in nearly all modern electronics for a variety of purposes, such as telling your cell phone screen to rotate when you turn the device sideways, or how your watch counts how many steps you take and how many calories you burn throughout the day.”

This research is part of an ongoing partnership between NSU, GHRI, the Guy Harvey Ocean Foundation and Tropic Star Lodge in Panama. You can learn more ONLINE (etps.ghriresearch.org).

Logan said that what they found was both amazing and common sense at the same time.

In general, sailfish, which are smaller in size and tend to put up shorter fights when hooked, took less time to recover than blue marlin, which can fight the angler for hours. Additionally, the sensors showed that both blue marlin and sailfish swim much harder and faster right after being released from the stress of the fight, compared to after they have recovered - because they must swim to breathe. Basically, the fish have to “catch their breath” by actually swimming harder to get enough water flowing over their gills to extract more oxygen. It’s quite opposite to what humans do after we exert ourselves on a treadmill or elliptical - we slow down to catch our breath until we’re ready to go again.

Researchers said it is important to understand the stresses that being caught and released can put on these high-performance fish, especially given where and when it may be caught.

“It’s possible that if a lot of marlin are caught on a spawning aggregation but then don’t spawn after being released due to stress, for example, that could greatly reduce the reproductive output of that population” he said. “And that is not a good thing for species of conservation concern.”

Logan explained that having information on what the fish do after release, what temperatures and oxygen levels they need to recover, and accurate information on their recovery dynamics, may help in predicting how many fish will not survive after being caught, based on the environmental conditions of where they are caught. In other words, understanding how fish behave and how long it takes to recover after release adds an important component to the management and conservation of billfish fisheries around the world.

While this research took place off Panama, sport fishing is a huge business in Florida, where NSU’s GHRI is located. There’s a direct economic impact to this study: recent numbers show that fishing is an $11.5 billion dollar industry in Florida, supporting approximately 100,000 jobs. Getting as much scientific information as possible to help conserve sport fish populations is vital not only for the health of the oceans, but also for keeping sport fishing and its associated economy thriving.

That’s why the research being done by scientists at NSU’s GHRI involving billfish is so important; the more we learn, the more we know, the more information we have to help us to protect the health of these sport fish for many years to come.

Be sure to sign up for NSU’s RSS feed so you don’t miss any of our news releases, guest editorials and other announcements. Please sign up HERE. You can also follow us on Twitter @NSUNews.

About Nova Southeastern University (NSU): At NSU, students don’t just get an education, they get the competitive edge they need for real careers, real contributions and real life. A dynamic, private research university, NSU is providing high-quality educational and research programs at the undergraduate, graduate, and professional degree levels. Established in 1964, the university includes 14 colleges, the “theme park” for start-ups, scale-ups , and entrepreneurs, the Alan B. Levan | NSU Broward Center of Innovation, the 215,000-square-foot Center for Collaborative Research, the private PK1-12 grade University School, the world-class NSU Art Museum Fort Lauderdale, and the Alvin Sherman Library, Research and Information Technology Center, one of Florida’s largest public libraries. NSU students learn at our campuses in Fort Lauderdale, Fort Myers, Jacksonville, Miami, Miramar, Orlando, Palm Beach, and Tampa, Florida, as well as San Juan, Puerto Rico, and online globally. With more than 200,000 alumni across the globe, the reach of the NSU community is worldwide.  Classified as having “high research activity” by the Carnegie Foundation for the Advancement of Teaching, NSU is one of only 59 universities nationwide to also be awarded Carnegie’s Community Engagement Classification, and is also the largest private institution in the United States that meets the U.S. Department of Education’s criteria as a Hispanic-serving Institution. Please visit www.nova.edu for more information. 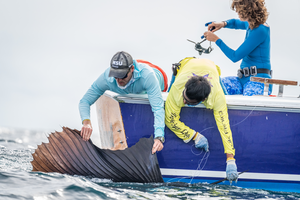 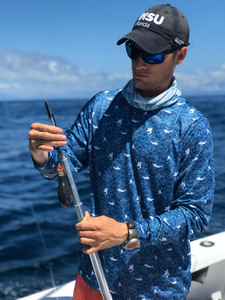