The hybrid magnet at the Steady High Magnetic Field Facility (SHMFF) in Hefei, China set a world record for the highest steady magnetic field by a working magnet when it produced a steady field of 45.22 tesla (T) on Aug. 12.

It broke the previous world record of 45 tesla set in 1999 by a hybrid magnet at the National High Magnetic Field Laboratory of the United States.

This 45.22-tesla hybrid magnet is composed of a resistive insert nested in a superconducting outsert with a bore of 32 mm.

The Hefei team constructed the hybrid magnet in 2016. At the time, it generated a central magnetic field of 40 tesla, making it the world’s second 40-tesla-level magnet.

The 40-tesla achievement was apparently not the end, though. Since then, the team’s pursuit of higher magnetic fields has never stopped.

“To achieve higher magnetic fields, we innovated the structure of the magnet and developed new materials,” said Prof. KUANG Guangli, academic director of the High Magnetic Field Laboratory of the Hefei Institutes of Physical Science, Chinese Academy of Sciences (CHMFL), where SHMFF is located. “The manufacturing process for the Bitter discs was also optimized,” said KUANG in a statement made during an onsite validation by seven CAS members.

The success of the 45.22-tesla magnet represents an important milestone in the development of magnetic technology in China and the world as well.

This magnet is one of 10 magnets developed and operated by CHMFL.

The lab in Hefei has previously set three world records with its resistive magnets.

SHMFF, a user facility that now provides scientists worldwide the world’s strongest steady state magnetic field, has operated for more than 500,000 machine hours since it went into service, providing over 170 institutes or universities at home and abroad the experimental conditions for cutting-edge research in multiple disciplines. 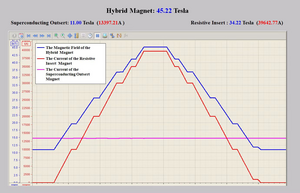 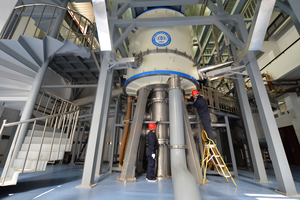