Canada has seen a 6.3 fold increase in hospitalizations for unintentional cannabis poisoning among children under the age of 10 since the legalization of recreational cannabis, according to a research letter published in the New England Journal of Medicine.

The study found that hospitalizations for paediatric cannabis poisonings increased substantially across the country. Notably, provinces that permitted the sale of cannabis edibles such as gummies, chocolates and baked goods saw an increase in hospitalizations that was more than two times higher than the province that prohibited the sale of edibles (7.5 times vs. 3.0 times, respectively, from the pre-legalization rate).

“A growing number of countries are moving towards legalizing non-medical or recreational cannabis. As this happens, it’s critical to understand that there are many ways to legalize cannabis and not all are equivalent,” said Dr. Daniel Myran, lead author and family physician, public health and preventive medicine specialist and postdoctoral fellow at the University of Ottawa Department of Family Medicine and The Ottawa Hospital. "Our findings suggest that prohibiting the sale of edible cannabis products like candies, desserts and baked goods is a key policy for preventing large increases in cannabis poisonings in young children after legalization.”

These findings are the result of a unique scenario caused by the staggered roll out of cannabis products in Canada and differences in policy approaches to legalization between provinces.

In October 2018, dried cannabis flower was legalized across Canada, but the sale of cannabis edibles such as gummies, chocolates and baked goods was initially prohibited. Starting in January 2020, Ontario, British Columbia and Alberta (Canada’s first, third and fourth most populous province) allowed the sale of cannabis edibles. In contrast, Quebec (Canada’s second most populous province) prohibited the sale of such edibles largely due to their potential appeal to children.

During the period when edibles were permitted in Ontario, British Columbia and Alberta, hospitalization rates in those provinces increased a further 2.9 times compared to the initial period following legalization, but remained unchanged in Quebec, where edibles were prohibited.

“By comparing otherwise similar regions that took different approaches to legalizing cannabis edibles, we can isolate the impact of allowing cannabis edibles on poisoning in children,” said Dr. Yaron Finkelstein, senior author and emergency physician, clinical pharmacologist and toxicologist, and senior scientist at The Hospital for Sick Children (SickKids) and professor at University of Toronto. “Cannabis intoxication can have significant effects on young children, such as behavioural changes, seizures, impairment of coordination balance and breathing, and even coma. As different cannabis formulations are legalized across the country, it is important for everyone, including parents and caregivers, to be aware of the potential harms to children and ensure cannabis products are safely stored within the home, out of children’s reach.”

The increases in cannabis hospitalizations occurred despite regulations aimed at preventing such poisonings, including THC limits 10 times lower than allowed in some US regions.

“It’s important to note that the provinces that permitted edibles still had strict rules including plain and child-resistant packaging, a maximum of 10mg of THC per package, and consumer education campaigns,” said Dr. Myran. “Our findings suggest that countries that allow the sale of legal edibles as part of their approach to legalization, regardless of other regulations, could encounter large increases in poisoning events, some severe, in young children.”

Cannabis poisoning in babies, children and youth is a medical emergency. Contact poison control if your child has consumed cannabis, and 9-1-1 if your child is ill, is unconscious or has difficulty breathing. Caregivers can reduce the risk of poisonings by keeping cannabis products in a locked container away from other food and drinks, and out of children’s reach. Learn more about the risks of cannabis and how to prevent unintentional poisoning.

Funding: This study was funded by the Canadian Centre on Substance Use and Addiction

Hospitalizations for unintentional cannabis poisonings among Canadian children surged after legalization, particularly in jurisdictions where the sale of cannabis edibles was allowed 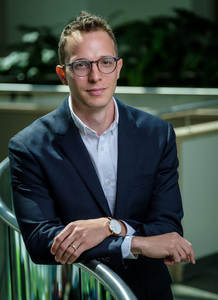 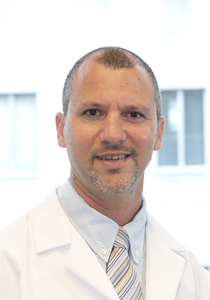