Barcelona, August 23, 2022. The question of the role of nature vs nurture in the development of human beings is still far from being settled.  Although some of the questions have been answered by twin studies, in the case of unrelated people researchers must wait passively for the right model to appear. Now, for the first time, researchers have been able to study pairs of unrelated people who are look-alikes and determine the impact of inheritance vs environment.

In a paper published today in Cell Reports*, a team led by Dr Manel Esteller, Director of the Josep Carreras Leukaemia Research Institute, ICREA Research Professor and Professor of Genetics at the University of Barcelona, present results from a study that show clearly that these ‘doppelgängers’ (doubles) have similarities not just in their facial appearance, height, weight etc., but also in some aspects of their behaviour.

“For decades, the existence of individuals who resemble each other without having any family ties has been described as a proven fact, but only in anecdotal terms and without any scientific justification”, says Dr Esteller, and adds that “the widespread use of the internet and social networks for image-sharing has meant that we are now able to identify and study such people.”

The researchers recruited 32 look-alike couples who had been photographed as part of a series by the Canadian artist François Brunelle.  All participants completed a comprehensive lifestyle and biometric questionnaire in their native languages. Three different facial recognition programs were then used to determine the degree of ‘likeness’ in each couple. The number of pairs considered to be correlated by at least two programs was very high (75%, of 25 out of 32). “This is very close to the human ability to recognize identical twins,” says Dr Esteller. Further, correlation was found in 16 out of the 32 couples in all three programs, and these couples formed the basis of further research.

Genome-wide analyses for common genetic variations and their epigenetic profiles (genome regulation mechanisms) were carried out on saliva DNA samples, together with microbiome analysis. The genetic analysis revealed that nine of the 16 pairs had many common single nucleotide polymorphisms (SNPs), the most common type of genetic variation among people. Among these 16 pairs many had similar weights, and analysis of their biometric and lifestyle factors also showed that there were similarities. Behavioural traits such as smoking and education level were correlated in look-alike pairs, suggesting that shared genetic variation relates not only to physical appearance but may also influence common habits and behaviour.

“Our findings provide a molecular basis for future applications in fields such as biomedicine, evolution, and forensics. It would be very interesting to follow up the potential application in forensics, using the genome of unknown people to prepare bioinformatic strategies to reconstruct the face from DNA. And in medicine, we may be able to deduce the genome of a person from facial analysis and hence use this as a pre-screening tool to detect the presence of genetic mutations associated with disease and apply preventive strategies at an early stage,” says Dr Esteller.

“Some previous studies have compared the genome of individuals with face traits, but in the general population. Our study shows genetic markers that are critical in the development of the shape of the nose, lip, and mouth, plus completely novel determinants of bone structure and skin texture that also provide characteristic features of our face.  The environmental markers, such as the epigenome and the microbiome were more distinct between look-alikes and thus the differences in these people who resemble each other can be attributed to the chemicals that regulate the same DNA sequence and to the composition of the microbiome.”

Although the study is small, it has the correct statistical power, say the authors, who do not expect their findings to change in a larger group. “Because the human population is now 7.9 billion, these look-alike repetitions are increasingly likely to occur. Analysing a larger cohort will provide more of the genetic variants shared by these special individual pairs and could also be useful in elucidating the contribution of other layers of biological data in determining our faces,” concludes Dr Esteller. 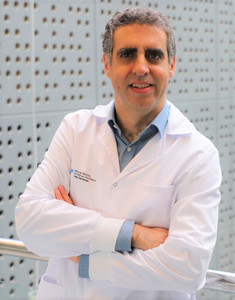