Using new scientific tools, University of Cincinnati archaeologists discovered that an ancient Greek leader known today as the Griffin Warrior likely grew up around the seaside city he would one day rule.

The findings are part of three new studies published in the journal Science that examined the ancient DNA of the Griffin Warrior and 726 other people who lived before and during the Bronze Age to learn more about their origins and movements across three continents surrounding the Mediterranean Sea.

Led by researchers from Harvard University and co-authored by experts from around the world, the papers demonstrate that between 5,000 and 7,000 years ago, people with ancestry from the Caucasus, a region between the Black and Caspian seas, moved west into Anatolia (now Turkey) and north into the steppe of Eastern Europe. Then around 5,000 years ago, people from Eastern Europe spread out across the European continent and into Western Asia and back to the Caucasus. They joined local populations, “creating a tapestry of diverse ancestry from which speakers of the Greek, Paleo-Balkan and Albanian languages arose.”

“When we look at the rise of Mycenaean civilization, the ancient DNA supports the notion that it was a local phenomenon, not something imported from the outside,” said co-author Jack Davis, a UC Classics professor and department head.

“The development of the state by the Mycenaean was indigenous to Greece,” Davis said.

Among the remains studied for ancient DNA analysis was that of the Griffin Warrior, whose tomb was discovered in 2015 by Davis and UC Classics senior research associate Sharon Stocker.

Davis and Stocker found the tomb under an olive grove in Pylos, a coastal city in southern Greece. A forensic examination determined the remains belonged to a young man between 30 and 35 years old who came from obvious wealth. His tomb contained weapons, armor and precious artwork, including an ivory plaque emblazoned with the image of the mythological half-eagle, half-lion griffin that gave the warrior his nickname.

“We were interested in the local implications for our interpretation of what we found at Pylos but also within the broader Mycenaean civilization,” Davis said.

Archaeology magazine heralded the UC Classics’ project as the greatest archaeological discovery in Greece in the past 50 years.

Their revelations continued UC’s storied tradition of exploration in Greece. Previously at Pylos, UC Classics professor Carl Blegen and his Greek colleague, Konstantinos Kourouniotis, unearthed the Palace of King Nestor, a figure mentioned by Homer in his epic poems.

While continuing their work on the Griffin Warrior, Davis and Stocker made a second startling find in 2018 of two nearby gold-covered tholos or beehive-shaped family tombs. Like the Griffin Warrior’s tomb, the tholos tombs also contained a wealth of cultural artifacts and exquisite jewelry.

In 2016, Davis and Stocker turned to former UC anthropology professor Lynne Schepartz, now at the University of Arizona, to reconstruct the warrior’s features. Now additional investigation using ancient DNA is helping to fill in details about the Griffin Warrior’s life in Greece 3,500 years ago.

“He was a young man, and wealthy, who served different functions: a religious or sacred function, as an outstanding warrior and as leader of his people,” Stocker said.

“He was one of the first kings of Mycenaean Pylos. Until then there had been competing aristocratic families, which explains why there were multiple tholos tombs,” Stocker said. “But the Griffin Warrior was one of the first individuals to unite all of these functions within society.”

Stocker supervised the excavations of the Griffin Warrior and tholos tombs.

“This research addresses a bigger question about population dynamics. Where did the Greeks come from? We had no way of addressing that question without looking at genetic relationships,” Davis said.

For the ancient DNA analysis, Davis and Stocker again turned to Schepartz to examine remains.

“Mycenaean tombs are difficult to study because their mortuary rituals involved repositioning of skeletons when newer interments took place in tombs that were used over generations,” Schepartz said.

Schepartz, a co-author of the Science articles, took samples of the Griffin Warrior’s petrous bone, a part of the skull near the inner ear that often preserves ancient DNA.

Ancient DNA is a powerful tool for researchers because it can shed light on how people are tied to each other and the places they lived. UC researchers have used ancient DNA to learn more about the agricultural practices of the ancient Maya in Mexico’s Yucatan Peninsula.

“This type of study is critical for our understanding of the ancient history of the region and the role of Mycenaeans in forming that history,” Schepartz said.

Schepartz subjected the samples to isotopic analysis to learn more about the diets of the ancient Greeks at Pylos. She found that males consumed more protein than females. The people interred in the tholos tombs likewise consumed more protein than those buried in the chamber tombs. High-protein diets are considered a barometer of good nutrition, which often correlates with status or wealth.

These findings correspond with what we know about ancient Greek rituals, she said.

“For us, we’re really interested in the relationships between the people buried in the tombs at Pylos and the wider population,” Stocker said. “Ancient DNA is the only way to establish these relationships.”

Ancient DNA also supports what UC’s experts have suspected all along: the Griffin Warrior was from the region he would later rule. Davis said the new evidence refutes the suggestion that he was an invader or outsider.

“We’ve always been skeptical about that theory but weren’t able to prove it except through DNA analysis,” Davis said.

UC’s contribution to the study was made possible in part by Blegen, the former department head of UC Classics, who had the foresight to preserve samples. In Turkey, Blegen showed that Homer’s Iliad was based on historical events, including the sack of Troy during the Trojan War.

Working at Pylos in 1939, Blegen found more than 1,200 clay tablets with some of the first known European writing dating to 1250 B.C.. Blegen’s work was interrupted by World War II, but he returned in 1952 to resume his investigation at Pylos and remained in Greece until his death in 1971.

“Blegen was ahead of his time in understanding that there would be better technology in the future,” Stocker said. “He saved all of the human and animal remains from his excavation so we were able to go back and take samples of DNA he collected.”

Likewise, Stocker said, her team has taken steps to preserve excavated material at its sites for tomorrow’s archaeologists who likely will have advanced equipment or techniques at their disposal.

“We’re very careful about saving intact a portion of what we have,” Stocker said. “We know advances in technology will be made. It’s important to preserve them for future generations to study.”

Stocker said ancient DNA analysis is still in its infancy when it comes to anthropological surveys. At the moment, sample sizes are very small for statistical interpretation. But she is thrilled about where the research is going.

“It’s definitely an exciting aspect of archaeology,” Stocker said. “We look forward to continuing our collaboration.”

The genetic history of the Southern Arc: A bridge between West Asia and Europe

No conflicts to report. 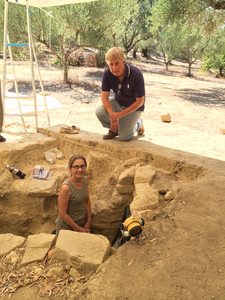 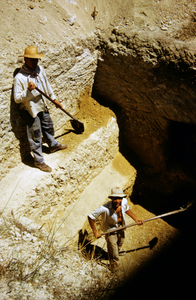 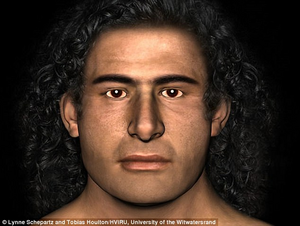