WASHINGTON — Imagine walking into an airport or grocery store and your smartphone automatically starts charging. This could be a reality one day, thanks to a new wireless laser charging system that overcomes some of the challenges that have hindered previous attempts to develop safe and convenient on-the-go charging systems.

“The ability to power devices wirelessly could eliminate the need to carry around power cables for our phones or tablets,” said research team leader Jinyong Ha from Sejong University in South Korea. “It could also power various sensors such as those in Internet of Things (IoT) devices and sensors used for monitoring processes in manufacturing plants.”

In the Optica Publishing Group journal Optics Express, the researchers describe their new system, which uses infrared light to safely transfer high levels of power. Laboratory tests showed that it could transfer 400 mW light power over distances of up to 30 meters. This power is sufficient for charging sensors, and with further development, it could be increased to levels necessary to charge mobile devices.

Several techniques have been studied for long-range wireless power transfer. However, it has been difficult to safely send enough power over meter-level distances. To overcome this challenge, the researchers optimized a method called distributed laser charging, which has recently gained more attention for this application because it provides safe high-power illumination with less light loss.

“While most other approaches require the receiving device to be in a special charging cradle or to be stationary, distributed laser charging enables self-alignment without tracking processes as long as the transmitter and receiver are in the line of sight of each other,” said Ha. “It also automatically shifts to a safe low power delivery mode if an object or a person blocks the line of sight.”

Distributed laser charging works somewhat like a traditional laser but instead of the optical components of the laser cavity being integrated into one device, they are separated into a transmitter and receiver. When the transmitter and receiver are within a line of sight, a laser cavity is formed between them over the air—or free space—which allows the system to deliver light-based power. If an obstacle cuts the transmitter-receiver line of sight, the system automatically switches to a power-safe mode, achieving hazard-free power delivery in the air.

In the new system, the researchers used an erbium-doped fiber amplifier optical power source with a central wavelength of 1550 nm. This wavelength range is in the safest region of the spectrum and poses no danger to human eyes or skin at the power used. Another key component was a wavelength division multiplexing filter that created a narrowband beam with optical power within the safety limits for free space propagation.

“In the receiver unit, we incorporated a spherical ball lens retroreflector to facilitate 360-degree transmitter-receiver alignment, which maximized the power transfer efficiency,” said Ha. “We experimentally observed that the system’s overall performance depended on the refractive index of the ball lens, with a 2.003 refractive index being the most effective.”

To demonstrate the system, the researchers set up a 30-meter separation between a transmitter and a receiver. The transmitter was made of the erbium-doped fiber amplifier optical source, and the receiver unit included a retroreflector, a photovoltaic cell that converts the optical signal to electrical power and an LED that illuminates when power is being delivered. This receiver, which is about 10 by 10 millimeters, could easily be integrated into devices and sensors.

The experimental results showed that a single-channel wireless optical power transfer system could provide an optical power of 400 mW with a channel linewidth of 1 nm over a distance of 30 meters. The photovoltaic converted this to an electrical power of 85 mW. The researchers also showed that the system automatically shifted to a safe power transfer mode when the line of sight was interrupted by a human hand. In this mode, the transmitter produced an incredibly low intensity light that did not pose any risk to people.

“Using the laser charging system to replace power cords in factories could save on maintenance and replacement costs,” said Ha. “This could be particularly useful in harsh environments where electrical connections can cause interference or pose a fire hazard.”

Now that they have demonstrated the system, the researchers are working to make it more practical. For example, the efficiency of the photovoltaic cell could be increased to better convert light into electrical power. They also plan to develop a way to use the system to charge multiple receivers simultaneously.

This work is supported by the Institute of Information & Communications Technology Planning & Evaluation grant funded by the Korean government’s Ministry of Science and ICT.

Optics Express reports on scientific and technology innovations in all aspects of optics and photonics. The bi-weekly journal provides rapid publication of original, peer-reviewed papers. It is published by Optica Publishing Group and led by Editor-in-Chief James Leger of the University of Minnesota, USA. Optics Express is an open-access journal and is available at no cost to readers online.  For more information, visit Optics Express.

Optica Publishing Group is a division of Optica (formerly OSA), Advancing Optics and Photonics Worldwide. It publishes the largest collection of peer-reviewed content in optics and photonics, including 18 prestigious journals, the society’s flagship member magazine, and papers from more than 835 conferences, including 6,500+ associated videos. With over 400,000 journal articles, conference papers and videos to search, discover and access, Optica Publishing Group represents the full range of research in the field from around the globe.

Researchers use infrared light to wirelessly transmit power over 30 meters 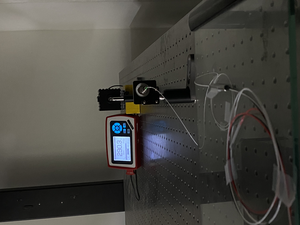 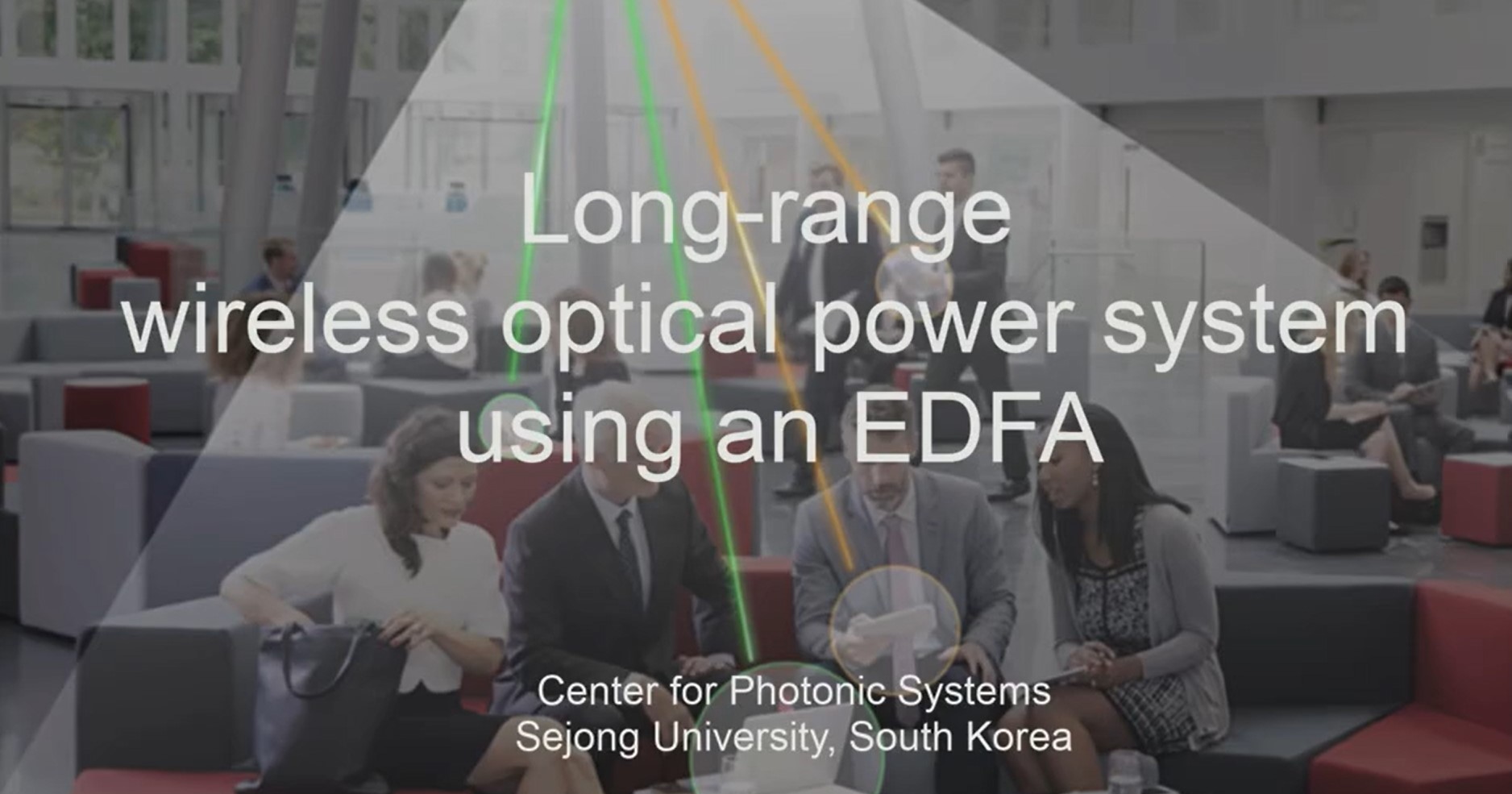