Shale oil exploration has rapidly expanded since the beginning of the 21st century, particularly in North America. Since 2010, the production of marine shale oil has increased at an average rate of more than 25% annually, making the US the global leader in production with total recoverable resources pegged at approximately 20.7 billion tons. Developing shale oil resources has significant potential to shape energy security and geopolitics. In addition to marine shale oil, countries have also begun utilizing lacustrine basins for oil production.

Lacustrine shale oil reserves are deemed optimal when their organic content is high, the reservoirs feature a suitably high pressure to facilitate formation, and the Ro value, which indicates the thermal maturity of shale, is greater than 1.0%. In China, the lacustrine medium-to-high maturity shale oil is characterized by mature liquid hydrocarbons and a high proportion of movable oil. While these characteristics make it a valuable resource, questions surrounding production costs and recoverable quantities remain. Furthermore, without low development costs it remains to be seen if these reserves can be utilized economically.

Now, a group of petroleum scientists led by Dr. Wenzhi Zhao at the China National Petroleum Corporation, have presented their evaluation of the enrichment conditions and occurrence characteristics of lacustrine shale oil reservoirs in China. “We have proposed a set of evaluation parameters for shale oil enrichment zones and evaluated the occurrence of optimal areas. This data will serve as a good reference to help promote the development of these oil reserves economically,” says Dr. Zhao while explaining the motivation behind the research. This study was recently published in Earth Science Frontiers. Also visit the website for the press release based on this study: http://www.earthsciencefrontiers.net.cn/EN/news/news32.shtml.

The team utilized data collected from lacustrine medium-to-high maturity shale reserves currently being developed in China for their analyses, and specifically determined the optimal conditions for shale oil accumulation and the characteristics of these deposits. Their analysis revealed that shale with a high organic content and appropriate thermal maturity favored oil retention. “The optimal organic content of this shale ranges from three to four percent, and kerogen I and II seems to be the dominant type of organic matter. Interestingly, the Ro values of this shale were greater than 0.9%. Finally, these reservoirs must exhibit a certain degree of brittleness and have porosities between three to six percent,” says Dr. Zhao when asked to elaborate on the key findings. In addition to these parameters, shale oil with good mobility was found when large amounts of high-quality hydrocarbons were present, and the enrichment interval of this oil was highly dependent on the reservoir having a tightly sealed roof and floor.

“What we see is that major enrichment of oil occurs at semi-deep to deep depositional zones. Moreover, the distribution of shale oil enrichment intervals is governed by the type of lithologies as oil and gas is retained in the source rock. Shale assemblages are the best lithologic sections while Mudstone is not,” observes Dr. Zhao, surmising the characteristics of these shale oil deposits.

The team pegs the total shale oil reserves in China with medium-to-high maturity to be close to 16.3 billion tons of which nearly 8.4 billion tons could be developed commercially. These reserves are spread across the Ordos, Songliao, Bohai Bay, and Junggar Basins and represent a significant energy resource for China’s future. “We can now offer better guidance to reduce the number of ineffective wells and have set the stage to greatly improve the number of economic discoveries in China,” concludes Dr. Zhao optimistically and perhaps a sense of justified pride.

Earth Science Frontiers is a bimonthly peer reviewed scholarly journal co-sponsored by the China University of Geosciences (Beijing) and Peking University. It was first published in 1994, and academician Wang Chengshan is the current Editor-in-Chief. Each issue of the journal is centered on a specific geoscience topic and managed by experts in that field as Guest Editors. Each issue also contains a number of articles on self-select subjects. Articles published on Earth Science Frontiers cover all disciplines of earth sciences with emphasis on frontier and innovative basic research. At the same time, the journal also publishes research findings that may be considered contentious. Over the years, Earth Science Frontiers has won several publisher awards, including “The Internationally Most Influential Journal in Chinese Language” and “The Top 100 Outstanding Chinese Scholarly Journals.” In 2019, Earth Science Frontiers was selected among top-tier journals to join a national action plan for achieving excellence in science and technology research publishing in China.

Dr. Wenzhi Zhao is the President of PetroChina Research Institute of Petroleum Exploration and Development (RIPED), the Deputy General Manager of PetroChina Exploration & Production Company, and Research Professor at the Key Laboratory of Oil & Gas Reservoir. He earned his PhD in Mineral Resource Prospecting and Exploration from RIPED in 2003 and has published 11 monographs and over 70 academic papers. He is the recipient of several high-profile scientific awards including the Li Siguang Geological Science Medal (2003) and the First Prize of National Scientific and Technological Progress Award (2007). 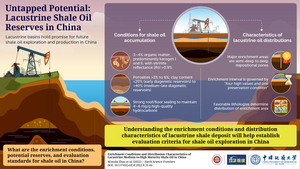 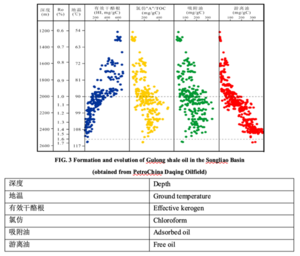