Boulder, Colo., USA: Tens of tons of extraterrestrial solid material collide with Earth daily. Most of this material is small enough that it burns up in the atmosphere, but some fragments are large enough to cause quite a predicament. In 2013, a 20-meter-diameter body exploded over Chelyabinsk, seriously injuring more than 1,500 people. The most recent impact crater on Earth was formed in 2007, when an asteroid crashed into a small village in Peru. A 1947 asteroid impact in far-eastern Russia resulted in the formation of the youngest crater-strewn field on our planet: Sikhote-Alin. The most impressive, relatively recent, extra-terrestrial event happened in 1908, when a body exploded over Siberia, flattening 2000 km2 of forest. We can prepare for this natural hazard only if we understand how often these kinds of small impacts happened in the past and how they influenced the environment.

A new article in the Geological Society of America’s journal Geology shows that analyzing bodies of organisms killed by an impact of asteroids can teach us exactly how much damage occurs at the spot of such a cosmic collision. The research team dug out trenches in rims of four craters (Kaali Main and Kaali 2/8 in Estonia, Morasko, in Poland, and Whitecourt in Alberta, Canada), located on two different continents that formed thousands of years apart.

Dr. Jüri Plado and Dr. Argo Jõeleht noticed, “Surprisingly, in all those places we found the same thing: millimeter- to centimeter-sized pieces of charcoal intermixed within material ejected during its formation and located at the same place in respect to the crater.

Dr. Ania Losiak, the lead author of this study, from the Institute of Geological Sciences, Polish Academy of Sciences, and the University of Exeter, said, “At first we thought those charcoals were formed by wildfires that occurred shortly before the impact, and charcoals just got tangled in this extraterrestrial situation. But something was not right with this hypothesis—there were too many coincidences; why would there be large wildfires shortly before formation of four different small impact craters divided by thousands of kilometers and years? Why would it be found only in a very specific location within the proximal ejecta blanket? It made no sense, so we decided to investigate further and analyze properties of charcoal pieces found intermixed within material ejected from craters and compare it with wildfire charcoals.”

Like bodies studied in a criminal investigation, the properties of organic remnants turned into charcoal reflect the conditions in which they were killed. Based on their properties, we can clearly recognize charcoals formed as a result of a wildfire and those found within proximal ejecta of impact craters. Professor Claire Belcher from the University of Exeter explained, “Impact charcoals are really weird: They were all formed in much lower temperatures than wildfire charcoals, they lack sections that were formed while directly touching the flame, and they are all very similar to each other, while in a fire it is common to find strongly charred wood just next to barely affected branches.”

“This is definitely not what we expected when we started this study: We think that impact charcoals were formed when fragments of trees shattered by the impact were intermixed with local material ejected from the crater,” added Losiak.

“This study improves our understanding of environmental effects of small impact crater formation so that in the future, when we discover an asteroid a few meters across or more coming our way only a couple of weeks before the impact, we will be able to more precisely determine the size and type of evacuation zone necessary,” said Professor Chris Herd from the University of Alberta.

“Our research may also help to find new impact craters on Earth; we expect that we are missing from our records more than ten craters formed within the last ten thousand years. We need to find them, before their relatives visit us unexpectedly,” explained professor Witek Szczuciński from Adam Mickiewicz University in Poznan.

GEOLOGY articles are online at https://geology.geoscienceworld.org/content/early/recent . Representatives of the media may obtain complimentary articles by contacting Kea Giles at the e-mail address above. Please discuss articles of interest with the authors before publishing stories on their work, and please make reference to GEOLOGY in articles published. Non-media requests for articles may be directed to GSA Sales and Service, gsaservice@geosociety.org. 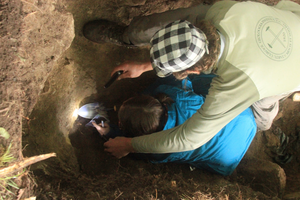 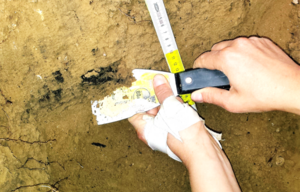 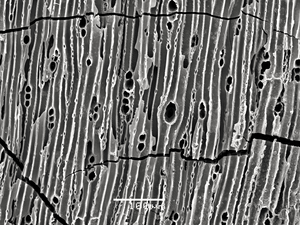 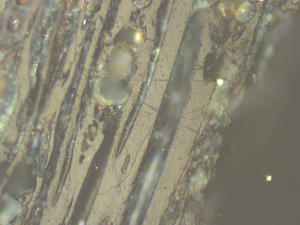