QUT researchers who conducted their experiment in a Brisbane backyard have found an unprecedented methodology for the production of microspheres which has been published in a leading international science journal.

The research, reported in the journal Nature Communications, is a result of a series of factors, including the COVID lockdown which impacted laboratory access, a decision to investigate a waste product and more than a decade of cutting-edge research into the power of light to make molecules.

Polymer microspheres  ̶   spheres that are 1000 times smaller than 1 mm  ̶  are used in a wide range of applications including drug delivery, pharmaceuticals, cosmetics and paints. An example of their everyday use is that microspheres enable the now iconic display of the one or two stripes on pregnancy tests or rapid antigen tests for SARS-CoV-2 infections.

Microspheres are typically produced in a process in which chemicals are heated, requiring substantial amounts of energy and can cause problems of overeating and uncontrolled reactions.

Dr Feist was carrying out a chemical synthesis induced by light, deciding to analyse a seemingly unimportant by-product with an electron microscope, which is used to obtain high-resolution images of microscopic objects. Surprisingly, he found microspheres.

Relying on Professor Barner-Kowollik’s extensive work on photochemistry, the team realized that the photoactive building blocks in the experiment were able to form microspheres with a very simple set-up, not dissimilar to something a high school student might do for a science fair.

Normally, when researchers in the Soft Matter Materials Group use light as a trigger in chemical reactions, they use a laser or LED to start and stop a reaction.

With the COVID shutdown, the scientists at QUT’s Soft Matter Materials Group, like the rest of the world, switched to working from home which meant limited time in the university research labs.

Where safe and practicable, the scientists looked for ways to take their work home with them.

This situation inspired the researchers to continue their experiment using sunlight and Dr Delafresnaye installed the experiment on her outdoor barbecue table and left it in what the research paper calls “Australian sunshine” for four hours.

“On top of employing mild conditions at ambient temperature, we do not need any additives, surfactants, or unwanted chemicals which will eventually be present as contaminants in the final material,” Dr Delafresnaye said.

Professor Barner-Kowollik said the story of discovery by chance was built on hard work.

“It is serendipity. Often, when you’re doing a lot of relevant things, you then discover something significant,” Professor Barner-Kowollik said.

“You’ve got to give science the room to evolve.

“There’s probably 10 years of understanding of photochemical reactions that have gotten us to this point.

“This is a class of molecules that we started working with in 2012, and from then the work has evolved and has become more and more sophisticated.”

Professor Barner-Kowollik said the research paved the way for the production of microspheres using the power of the sun.

“Often regarded as harmful, our sun is a powerful and free resource. Australia is one of the sunniest countries in the world,” Professor Barner-Kowollik said.

“The enticing prospect of producing a key material class by clever use of a natural and unlimited resource can critically contribute to an advanced sustainable economy.”

Given the ease and simplicity of producing microspheres with sunlight, QUT has patented the technology. 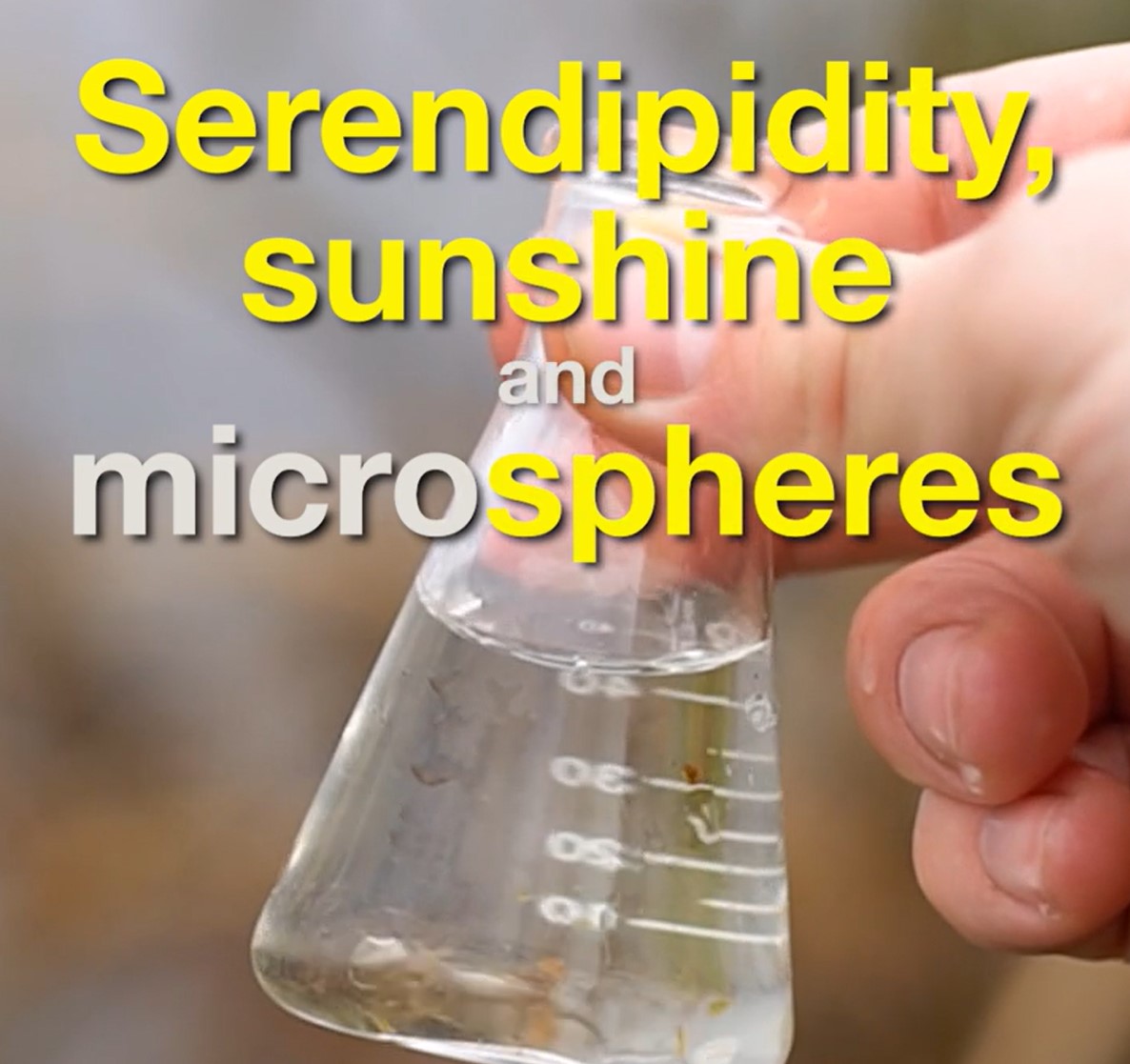