The axolotl Ambystoma mexicanum is a popular pet due to its unique and cute appearance. Unlike other salamanders undergoing metamorphosis, axolotls (pronounced ACK-suh-LAH-tuhl) never outgrow their larval, juvenile stage, a phenomenon called neoteny. It is also known for its ability to regenerate lost limbs and other tissues such as the brain, spinal cord, tail, skin, limbs, liver, skeletal muscle, heart, upper and lower jaw, and ocular tissues such as retina, cornea, and lens.

Upon brain injury, mammals, including humans, are almost incapable of regenerating the lost tissue. In contrast, some animals such as fish and axolotls may replenish injured brain regions with new neurons.

Brain regeneration requires coordination of complex responses in a time and region-specific manner. To better understand this process, BGI and its research partners have applied Stereo-seq technology to reconstruct the axolotl brain architecture during developing and regenerating processes at single-cell resolution in a study published on the cover of Science. Examining the genes and cell types that allow axolotls to regenerate their brains may be the key to improve treatments for severe injuries and unlock regeneration potential in humans.

Through the systematic study of cell types in various developmental stages, researchers found that during early development stage neural stem cells located in the VZ region are difficult to distinguish between subtypes, and with specialized neural stem cell subtypes with spatial regional characteristics from adolescence, thus suggesting that various subtypes may have different functions during regeneration.

In the third part of the study, the researchers generated a group of spatial transcriptomic data of telencephalon sections that covered seven injury-induced regenerative stages. After 15 days, new subtype of neural stem cells, reaEGC (reactive ependymoglial cells), appeared at the wound area.

By comparing the molecular characteristics of the two processes, the researchers found that the neuron formation process is highly similar during regeneration and development, indicating that injury induces neural stem cells to transform themselves into a rejuvenated state of development to initiate the regeneration process.

"Our team analyzed the important cell types in the process of axolotl brain regeneration, and tracked the changes in its spatial cell lineage," said Dr. Xiaoyu Wei, the first author of this paper and BGI-Research senior researcher. "The spatiotemporal dynamics of key cell types revealed by Stereo-seq provide us a powerful tool to pave new research directions in life sciences."

Corresponding author Xun Xu, Director of Life Sciences at BGI-Research, noted that, "In nature, there are many self-regenerating species, and the mechanisms of regeneration are pretty diverse. With multi-omics methods, scientists around the world may work together more systematically."

Note: This study has passed ethical reviews and follows the corresponding regulations and ethical guidelines.

BGI Genomics, headquartered in Shenzhen China, is the world's leading provider of genomic sequencing and proteomic services. Our services cover over 100 countries and regions, involving more than 2,300 medical institutions. 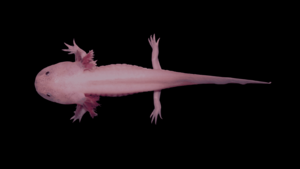 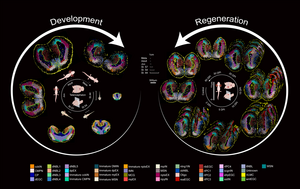