The survival of an ant colony depends on its members being able to distinguish their own nestmates from ants of a foreign – and possibly hostile – colony. This so-called nestmate recognition is based on scents emitted by a very thin layer of wax that coat the body of every ant. At the same time, this wax layer protects the ant body against water loss. Scientists at Johannes Gutenberg University Mainz (JGU) have now found that these two functions of the wax layer are maintained even in cases of conflicting needs. "Ants can simultaneously adapt their wax layer to meet two needs and thus optimize it accordingly," stated JGU evolutionary biologist Dr. Florian Menzel. "They can adapt their wax layer to outside temperatures and thus adjust to different waterproofing requirements. This changes the composition of the layer, but the encoded information for mutual recognition remains largely the same."

All terrestrial animals need to prevent their bodies from losing water. To do this, almost all insects have a wax layer that covers their bodies like skin. This wax layer consists of several dozens to more than a hundred different compounds – cuticular hydrocarbons – that are specific and distinctive to each species. Biologists can use these cuticular hydrocarbons (CHCs) to easily distinguish even closely related species. In social insects like bees and ants, this wax layer has other functions as well. It contains information about membership to a particular species and even to a particular colony or whether an individual is a worker or a queen.

As temperatures rise, the wax increasingly liquifies and no longer protects the animals against desiccation. Ants, however, are able to quickly adjust the composition of the wax to counteract the CHC melting. The team of evolutionary biologists led by Dr. Florian Menzel now studied whether adapting the CHC mixture to the outside temperature also changes the information used to recognize nestmates.

The team of scientists exposed two ant species of the genus Lasius to different temperatures and then observed their behavior. The black garden ant, Lasius niger, is the most common ant species in our gardens and meadows, while the flat-breasted garden ant Lasius platythorax lives mainly in forests or bogs. The latter is confusingly similar to its relative and was only recognized as a separate species about 30 years ago. Small colonies of both species were kept at cool, at warm, and at fluctuating temperatures, i.e., cool at night and warm during the day. After three weeks, the biologists analyzed the wax composition and observed how aggressively the ants behaved towards nestmates and non-nestmates from the same or a different temperature group.

"The ants could definitely tell whether their counterpart was from the same nest or not," reported Marti Wittke, lead author of the study. "However, former nestmates from a different temperature environment were received with more aggression." The ants were easily able to distinguish members of their own colony from foreign ants – even if the nestmates had been subjected to a different temperature environment.

"The temperature effects on recognition were surprisingly small, even though the composition of the wax layer differs drastically between temperature groups," explained Menzel, suggesting that colony member recognition is very much a higher priority. "Colony recognition is immensely important. If strangers, whether from the same or from other species, are not detected and can enter the colony, this can lead to big problems, for example if predators enter the colony and eat their larvae. But it would be equally fatal if actual nestmates were suddenly not allowed back in."

The study shows that just a few components of the wax are sufficient to detect membership in a colony. "It seems that some hydrocarbons serve more for recognition and some serve more for protection against desiccation, although no hydrocarbon clearly serves only one or the other function. In the end it is of course vital to keep the exchange of communication signals relatively independent of the waterproofing function, even if both functions are anchored in the wax layer. For physical reasons, however, the two functions cannot be completely separated."

Interestingly, the two functions – maintaining waterproofing as well as communication – were more intertwined in the black garden ant than in the flat-breasted garden ant. "We do not yet understand this difference," added Menzel.

Acclimation in ants: Interference of communication and waterproofing through cuticular hydrocarbons in a multifunctional trait 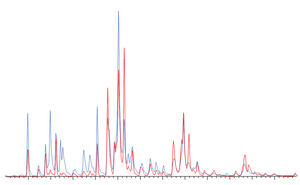