Global carbon emissions from inland waters such as lakes, rivers, streams and ponds are being undercounted by about 13% and will likely continue to rise given climate events and land use changes, Oak Ridge National Laboratory scientists found.

Researchers estimate that inland waters pump out 4.4 billion metric tons of carbon to the atmosphere annually, based on new modeling of previous estimates and improved sampling and data from more types of bodies of water, including those that have dried or are shrinking. About 73% of this carbon is emitted as carbon dioxide or methane.

“About 70% to 80% of carbon entering inland waters from land doesn’t make it to the ocean; it’s processed inland first,” said ORNL’s Rachel Pilla. “This is a missing piece of the puzzle for Earth system models to better predict and prepare us for the future.”  — Stephanie Seay

Sealed with silica
Thermal insulation composite keeps moisture out, heat and cold in

HSPs provide an alternative, but their nano-micrometer size and powder-based structure also make them more susceptible to moisture, difficult to transport and messy to use.

In a study, researchers made a thermal insulation composite by mixing cellulose fibers and HSPs in water, then pouring the mixture in molds and removing the water through a freeze-drying technique.

“We demonstrated that our composite is highly stable to moisture,” ORNL’s Diana Hun said. “This addresses the long-standing issue of using HSPs as thermal materials.”

Caption: ORNL researchers made a thermal insulation composite from hollow silica particles by mixing the particles with cellulose fibers. The composite proved to be highly moisture stable and shows potential for use in thermal applications. Credit: ORNL, U.S. Dept. of Energy

Radium-223 is a radioisotope used to treat cancer that has spread to bones. Chemically, radium behaves like calcium inside the body and is readily adsorbed by bones, where it destroys cancer cells and lessens pain for patients. Radium therapy has the potential to treat other forms of cancer, but insights on radium’s chemistry are needed.

“We can change how radium behaves in the body with chelators or carrier molecules that can target soft tissues instead of bone, but these have been difficult to design due to the challenges of radium studies,” said ORNL’s Nikki Thiele.

The team captured atomic-level details on radium chelation and discovered a chelator with the highest success ever reported.

“ORNL is one of few places in the world with the expertise and facilities needed to do this research,” said Thiele.

A multi-lab research team led by Paul Kent of Oak Ridge National Laboratory is developing a computer application called QMCPACK to enable precise and reliable predictions of the fundamental properties of materials critical in energy research.

The application uses quantum Monte Carlo simulations to compute material properties down at the level of atoms and electrons. Simulation data will complement experimental data in discovering new materials to improve energy technology from batteries to generation methods.

QMCPACK is a subproject of the Department of Energy’s Exascale Computing Project. Kent said in an ECP podcast episode that QMCPACK had achieved proof of principle with a new application design that targets exascale GPU architectures. Researchers will use exascale computing to explore scientific problems once considered prohibitively complex.

Oak Ridge National Laboratory, the University of Tennessee at Chattanooga and Tuskegee University researchers used mathematics to predict which areas of the SARS-CoV-2 spike protein are most likely to mutate.

In a study supported by the National Science Foundation, the team analyzed the topology of more than 13,000 Protein Data Bank structures and found that mutations in the virus’s spike protein were most likely to occur in areas with high topological free energy, which makes a protein less stable.

The SARS-CoV-2 omicron variant mutated in an area consistent with researchers’ calculations, affirming the paper’s results.

This methodology allows scientists to predict where protein mutations may occur using mathematics and could be applied to any protein, potentially opening the door for better understanding of viral dynamics and more efficient drug therapies.

“We believe the approach is virus independent,” said ORNL’s Bobby Sumpter. “It’s all based upon the topology of proteins.” – Alexandra DeMarco

Caption: A team of researchers used mathematics to predict which areas of the SARS-CoV-2 spike protein are most likely to mutate. Credit: Jill Hemman/ORNL, U.S. Dept. of Energy 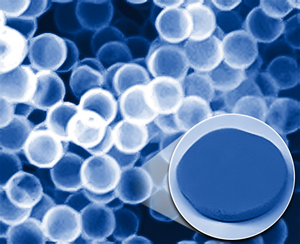 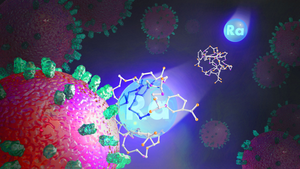 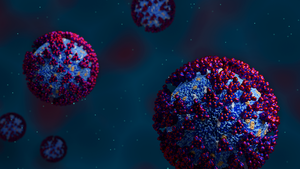