Philadelphia, September 8 – The ECOG-ACRIN Cancer Research Group (ECOG-ACRIN) will present data from PROSPER RCC (EA8143), the first randomized phase 3 trial of neoadjuvant immunotherapy in patients with kidney cancer. Patients with high-risk renal cell carcinoma (RCC) were randomized in an open label design to surgery alone versus priming the immune system with nivolumab prior to full or partial removal of the kidney followed by additional nivolumab, an approach strongly supported by patient advocates. At a planned interim analysis, the trial showed no difference in recurrence-free survival (RFS) between arms in a population of patients that included both clear cell and non-clear cell subtypes, and was stopped early.

“Perioperative nivolumab did not improve recurrence-free survival in patients with renal cell carcinoma and at high risk for recurrence,” said Dr. Allaf. “Ongoing radiomic, pathomic, and other biomarker analyses within this trial may inform the design of future neoadjuvant trials in this disease.”

Renal cell carcinoma (RCC) is the most common type of kidney cancer in adults, accounting for more than 431,000 new cases and 179,000 deaths worldwide each year. RCC is approximately twice as common in men as in women, with the highest rates of the disease in North America and Europe.

“Patients with seemingly localized kidney cancer currently have surgery with observation as the standard of care; however, up to a third of these patients will experience disease recurrence, and their fate then is that of patients with metastatic disease,” said Dr. Allaf.

ECOG-ACRIN designed and conducted the PROSPER RCC trial with primary funding support from the National Cancer Institute (NCI), part of the National Institutes of Health, through the NCI National Clinical Trials Network. ECOG-ACRIN received additional funding support from Bristol-Myers Squibb, the manufacturer of nivolumab (Opdivo®). The NCI is sponsoring the trial under its clinical collaborative agreement with Bristol-Myers Squibb for nivolumab.

“The PROSPER-RCC trial took the unique approach of giving immunotherapy before surgery when the tumor was in place, and all of the immune cells had close interaction with the agent, such that it could potentially stimulate a response,” said ECOG-ACRIN Genitourinary Committee Co-Chair Naomi B. Haas, MD, a medical oncologist at Penn Medicine’s Abramson Cancer Center in Philadelphia.

With the increased use of imaging over the last several decades, RCC is being detected at earlier stages when it is potentially more curable. Surgery with observation is the standard of care for patients with localized disease. However despite nephrectomy, many patients recur, and for them, a subsequent cure is unlikely.

“Given the lack of cure with the available agents in the advanced setting, the PROSPER RCC trial explored whether targeting microscopic disease in the perioperative setting is rational,” said Dr. Haas. “The results of this trial are not enough to impact clinical practice at this time. We await the ongoing CheckMate-914 trial of post-operative nivolumab with interest, as well as the data from other RCC trials being reported here at ESMO Congress 2022.”

PROSPER RCC enrolled patients with either clear cell subtype (the most common) or non-clear cell. Between February 2017 and June 2021, 819 patients were randomized to perioperative nivolumab (n=404) or surgery alone (n=415). Following a planned interim analysis, the trial was stopped early by the ECOG-ACRIN Data Safety Monitoring Committee in March 2022 due to futility. RFS was similar between the arms (HR: 0.97; 95% CI: [0.74 – 1.28]; P1-sided = 0.43). The median RFS was not reached.

Adverse events were higher in the nivolumab arm but were consistent with what is expected for nivolumab immunotherapy. Among patients treated with nivolumab, 20% experienced at least one Grade 3-4 adverse event that could be attributable to nivolumab, compared with 6% in the control arm.

Overall survival (OS) was not mature at the time of analysis. Subset analyses by pathologic stage are ongoing. 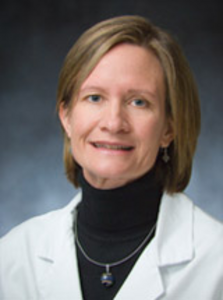