The immune cells of patients who received hospital care for COVID-19 early in the pandemic were still affected six months later. A study conducted by researchers at Linköping University suggests that infection by the SARS-CoV-2 virus leaves significant effects long after the patient is symptom-free. The results have been published in Frontiers in Immunology.

“We see that severe COVID-19 infection has long-lasting negative effects on the immune system. Obviously, the immune system is affected pretty badly when people are in hospital sick with COVID, but we had not anticipated that the effects would persist as long as 7-8 months later,” says Francis Hopkins, postdoc in the Department of Biomedical and Clinical Sciences at Linköping University.

Several types of cells are important when the immune system starts to combat the SARS-CoV-2 virus. Some white blood cells, B cells, form antibodies that recognise and bind to particular parts of the virus, while several types of T cells help to kill infected cells. In the current study, researchers at Linköping University have looked at whether a severe COVID-19 infection has long-term effects on the body’s immune cells.

They looked at 46 patients with COVID-19 who had received care at Vrinnevi Hospital in Norrköping, and 31 healthy control subjects. The researchers analysed blood samples taken from the patients when admitted to hospital, and taken 2 weeks, 6 weeks and 6-8 months later. They not only looked at the properties of the virus-specific T cells, but also examined whether the disease had had a general effect on all T cells.

“The effects on the T cells of the immune system are interesting and mixed. Some of them are still activated long after the disease episode, while others are ‘fatigued’ and cannot function normally. We see similar effects on patients with a chronic HIV infection. The question is: why are these effects still present after so long?” asks Marie Larsson, professor of virology at the Department of Biomedical and Clinical Sciences at Linköping University, and leader of the study.

In the early phase of the pandemic, scientists at LiU helped to develop tests that the healthcare system could use to analyse patient samples. At this early stage, it was not known whether different people's immune systems differed in their ability to form antibodies against the virus. If so, would this affect the severity of the disease? What the current study showed was that all patients developed antibodies against the virus within 2-3 weeks of first showing symptoms, which has been shown also by several previous studies.

“We see that all the patients in the study developed antibodies against SARS-CoV-2. The levels of these antibodies started to fall after six months,” says Melissa Govender, postdoc in the group.

The study has received funding from SciLifeLab/KAW COVID-19 and the Swedish Research Council, with ALF funds from Region Östergötland and Linköping University. 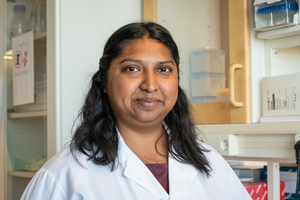 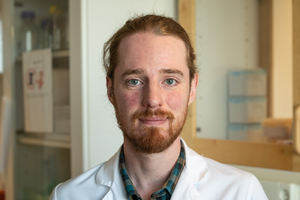