CHAMPAIGN, Ill. — Brown-headed cowbirds are generalist brood parasites, laying their eggs in the nests of many other bird species and letting the host parents raise their young. A new study seeks to understand the strategies cowbird chicks use to survive in prothonotary warbler nests when they hatch with different numbers of warbler nestlings. The study reveals that a cowbird chick does better with two than with four or zero warbler nest mates.

The researchers report their findings in the Proceedings of the Royal Society B.

If a cowbird ends up in a prothonotary warbler nest with four host chicks, the cowbird either perishes or the number of warbler chicks drops, usually to two, the study found. This suggests that cowbirds engage in what the naturalist Charles Darwin called “niche construction,” modifying their environment to enhance their own survival, the researchers said.

“Brood parasites like brown-headed cowbirds lay their eggs in the nests of so many different species, we wanted to know about one really important aspect of how they make a go of it in a world that, when they hatch, could be any one of 200 different scenarios,” said Nicholas Antonson, a Ph.D. candidate at the University of Illinois Urbana-Champaign who led the study with Mark Hauber, a U. of I. professor of evolution, ecology and behavior. “We focused on what happens when a cowbird hatches into a nest with different numbers of host nestlings.”

Cowbird chicks never eject eggs from host nests or directly kill host young. This differentiates them from another brood parasite, the common cuckoo, which will kill all other chicks in the nest and claim all the food the foster parents can provide, Antonson said. A previous study from Hauber’s own postdoctoral research showed that this strategy does not work for cowbirds in the nests of another host bird: the Eastern phoebe. In that study, cowbirds actually got less food from host parents when there were no nest mates than when there were two host chicks.

“Cowbirds have adapted to live with host nest mates,” Hauber said. “They outcompete them, they raise their heads higher, and they beg more loudly and for longer periods of time, but they do not actively displace the host nest mates.”

To better understand these dynamics, the team deployed nest boxes that were attractive to warblers and cowbirds in a southern Illinois swamp forest. The boxes were designed to exclude ground predators like snakes and raccoons, and aerial predation by hawks and owls. By changing out the bedding in the boxes four days after the eggs hatched, the team also reduced the threat from invertebrate parasites like blowflies.

The team followed nests with and without cowbird parasites and manipulated the number of host chicks in the nests by moving warbler eggs or chicks between nests. All the nests parasitized by cowbirds had either zero, two or four warbler nest mates. Control nests containing only warbler chicks were matched for the total number of young.

Previous studies had quantified the amount of food the host parents brought into the nest and what proportion of the food the cowbird nestling received. In general, cowbirds hatch earlier than their nest mates. They tend to be bigger and more aggressive than warbler chicks and extract more than their fair share of food from the host parents, Antonson said. Cowbirds need more food because they grow two-to-three times larger in the nest than the warbler chicks.

The reduction seen in host nestling numbers when cowbirds are present doesn’t occur in the control warbler nests with no cowbird nestlings, the researchers found.

“We think that the cowbirds are manipulating the host numbers to reduce them to the optimal so that they can grow best,” Hauber said. Stealing food meant for the other nestlings is the likely means by which they do that. Further studies will be needed to confirm that hypothesis. 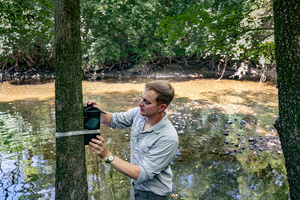 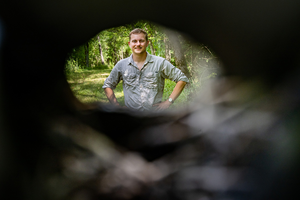 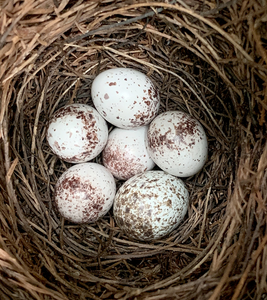 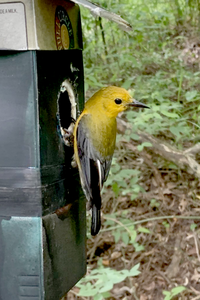 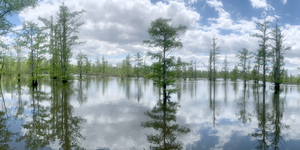 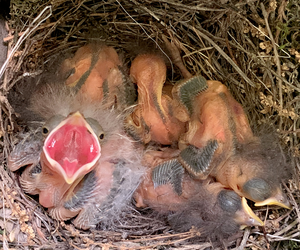