AMHERST, Mass. – The National Science Foundation (NSF) recently announced that it will support the efforts of a collaborative group of researchers, led by Elizabeth Vierling, Distinguished Professor of Biochemistry at the University of Massachusetts Amherst, who plan to spend the next four years investigating the role that mitochondria play in plant productivity. This research has immediate implications for ensuring that agriculture can meet the challenge of global warming.

“One of the things that fascinates me,” says Vierling, “is to see, at the cellular level, how much of life is the same, but also to see the tiny differences that give life on Earth such diversity.” One of those similarities is that the cells of every living organism more complex than bacteria contain mitochondria—the cell’s engine. Mitochondria are tiny, rod-shaped engines that convert oxygen and nutrients into a chemical known as ATP, which powers the cell.

To answer these unknowns, Vierling will be joining with colleagues at Dartmouth, San Diego State University, and the University of Georgia to investigate the role that a protein known as ATAD3 plays in the mitochondria.

ATAD3 is present in all higher forms of life, from fruit flies to tomatoes to humans, and, when it is defective, can cause a variety of serious health issues for humans. “Neither humans nor plants can live without ATAD3,” says Vierling, “and we think that it is one component that tells the mitochondrion whether it is inside a plant or animal cell.”

In order to pinpoint the role of ATAD3, the project will rely on the evolutionary bioinformatics expertise of Elizabeth Waters at San Diego State University, and experiments with two plant “lab rats,” the flowering plant Arabidopsis thaliana, which will be the focus of the Vierling lab’s research and a moss, Physcomitrium patens, in the lab of Magdalena Bezanilla at Dartmouth. The group’s synergy is a major strength that led to the successful NSF application.

But there’s more. “It turns out that minor disruptions to ATAD3 somehow make plants more-heat tolerant,” says Vierling. “We don’t understand why you can disrupt the ATAD3’s function and get a better response to high temperatures, but that’s part of what we want to find out, and it may be a crucial trait for adapting to a warming world.”

A major component of the project includes developing and implementing a model program for enhancing STEM workforce diversity to train the next generation of biotech researchers. Each of the project’s primary investigators will hire students to help conduct the research—Vierling’s lab will take on 5 to 6 undergraduate students over the next four years. San Diego State’s Waters, along with Paula Lemons, a STEM education expert at the University of Georgia, will lead a program called “BioTech at San Diego State University”. All four senior researchers will work with more than 40 undergraduates from underrepresented backgrounds to train them in scientific research methods, link them to summer internships in biotech companies and engage them in a two-year learning community for professional development. Furthermore, the program can be a model for other institutions to enhance the diversity of the growing biotech workforce. 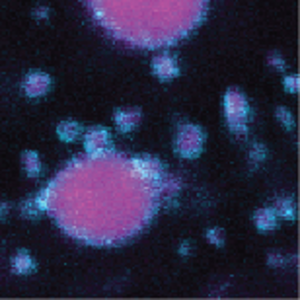