PORT ARANSAS, Texas — Leaving the comfort and safety of home to explore the world is a difficult decision. However, in a tiny coral reef fish called a neon goby, dads help their offspring take the plunge by pushing them out the door when the time is just right.

A new paper published in Proceedings of the Royal Society B from The University of Texas at Austin Marine Science Institute and collaborators, provides the first documented case of a coral reef fish directly regulating when its offspring hatch. Male neon gobies hatch their embryos by removing eggs from the nest with their mouth, transporting the newly-hatched larvae to the opening of the sponge where neon gobies live—and then spitting them out of the sponge entrance.

Hatching is the most vulnerable time in the life of coral reef fishes, which makes choosing when to hatch a crucial decision.

“We often think that eggs are like tiny kitchen timers: they develop for a set period of time, then—ding!—they hatch,” said John Majoris, a research scientist at UT Austin and corresponding author on the study. “But, in many species, embryos have to actively decide when to hatch.”

In the lab, Majoris and colleagues found that neon goby embryos that develop without their parents hatch less synchronously, underdeveloped and up to 50% earlier than embryos cared for by their parents.

Somehow goby parents appear to know the best time for their embryos to hatch: all of the male parents in the study hatched their offspring at sunrise on the seventh day of embryonic development. And embryos that receive parental care waited for their parents to choose the right time for them to hatch.

“Goby embryos are ready and waiting,” Majoris said. “When parents are around, they wait patiently for their dads to make the call that it’s time to hatch.”

Offspring hatched by their parents are larger and more developed than those that hatch on their own, which may give them a fin up when it comes to catching food, escaping predators and navigating the open ocean.

While many fish parents care for their eggs by fanning, guarding and cleaning the nest, this is the first time scientists have discovered a coral reef fish that tells its offspring when to hatch. But it’s possible that parental hatching regulation is more common than previously understood. Cryptobenthic coral reef fishes—a group of tiny, skittish bottom dwellers—often lay their eggs deep in reef crevices, where it is difficult for embryos to judge hatching conditions. In this case, parents can help out by assessing the outside environment and hatching their eggs at just the right time.

“This is a remarkably complex parenting behavior for a tiny fish,” Majoris said. “It goes to show that we still have so much to learn about life in our oceans.”

This research highlights the surprising complexities of fish parenting behavior and provides evidence that, just like humans, fish parents can make adaptive decisions based on the local conditions that influence the survival, resilience and success of their offspring.

John Majoris conducted this research at Boston University and is joined by co-authors Fritz Francisco of the Technical University of Berlin, Simon Brandl of The University of Texas at Austin Marine Science and Corrine Burns, Karen Warkentin, and Peter Buston from Boston University. This work is supported by the National Science Foundation, and a Dana Wright Summer Research Fellowship.

Paternal care regulates the timing, synchrony, and success of hatching in a coral reef fish 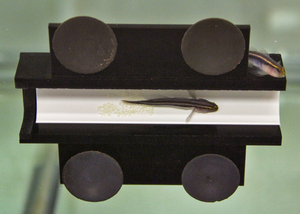 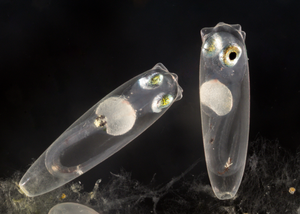