Insects have weak ability to adjust their thermal limits to high temperatures and are thus more susceptible to global warming than previously thought.

As more frequent and intense heat waves expose animals to temperatures outside of their normal limits, an international team led by researchers at the University of Bristol studied over 100 species of insect to better understand how these changes will likely affect them.

Insects – which are as important as pollinators, crop pests and disease vectors - are particularly vulnerable to extreme temperatures. One way insects can deal with such extremes is through acclimation, where previous thermal exposure extends their critical thermal limits. Acclimation can trigger physiological changes such as the upregulation of heat shock proteins, and result in changes to phospholipid composition in the cell membrane.

The team discovered that insects struggle to do this effectively, revealing acclimation of both upper and lower critical thermal limits was weak – for each 1°C shift in exposure, limits were adjusted by only 0.092°C and 0.147°C respectively (i.e. only a small compensation of 10 or 15%).

They found, however, that juvenile insects have a greater ability to acclimate, highlighting that there can be critical periods of life when experiencing a heat wave that may improve later resilience.

Lead author Hester Weaving of Bristol’s School of Biological Sciences said: “As temperature extremes become more intense and frequent in our warming world, many insects will have to rely on shifting to new ranges or changing their behaviour to cope, rather than being able to physiologically tolerate wider temperatures.

“Our comparative study identified some major gaps in understanding insect responses to climate change and we urge for more studies on species in underrepresented groups and locations.”

The team are now investigating how the reproduction of insects is affected by exposure to extreme temperatures as this may be more important in predicting future distributions than measures of performance or survival.

Financial support was provided by the Royal Society, BBSRC, and a University of Bristol GCRF pump-priming grant. 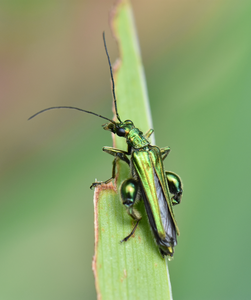 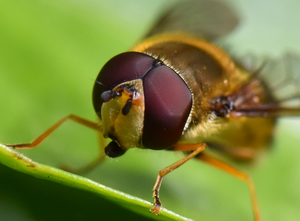