Oil and gas are two of the most important natural resources, contributing to over half of the world's energy supply. Reserves of these resources are thus, of high economic and strategic interest.

The Jizhong depression of the Bohai Bay Basin in China is home to multiple buried hills, i.e., elevations on old land surfaces which are now covered by younger sedimentary rocks.
These hills are abundant in oil and gas reserves and have optimal oil and gas accumulation conditions.

To enable further unrestricted exploration of this region, a team of researchers led by Professor Ruifeng Zhang from the PetroChina Huabei Oilfield Company conducted a study, which was published in Earth Science Frontiers, to analyze the reservoir-forming conditions and modes in the Ordovician buried hills, including the source rock conditions, reservoir types, and trap genetic types. “Our analysis was largely derived from a large volume of logging, core, thin section, seismic, and geochemical data,” says Prof. Zhang while discussing the study. Also visit the website for the press release based on this study: https://www.earthsciencefrontiers.net.cn/EN/news/news33.shtml.

Prof. Zhang and his team discovered that three sets of source rocks from the Carboniferous-Permian and Paleogene geologic periods developed in the Jizhong depression. Notably, these rocks provide adequate quantities of important materials such as hydrocarbons required for the formation of oil and gas reserves in the Ordovician buried hills.

In addition, they clarified the mechanism of reservoir control and identified three types of reservoir models with high exploration potential. These included the Karst cave, fracture-fissure pore, and cloud pore.

On further analysis, the team also identified the two most favorable buried hill genetic traps, namely, uplift–depression and depression–uplift, which were formed as a result of the Indosinian, Yanshanian, and Himalayan tectonic processes in the Ordovician buried hills.

Three oil and gas reservoir-forming modes, which include the low-level tectonic–lithologic composite quasi-layered buried hill, medium-level paleo-storage paleo-block buried hill, and the high-level paleo-storage new-block buried hill were identified in this region. Of these, the reservoir forming conditions of the low-level tectonic-lithologic composite quasi-layered buried hill is considered as the most favorable for further exploration at present.

Importantly, the team identified the most favorable areas for further exploration as the Sicundian and Xinzhen buried hills.

So, what are the long-term applications of these findings? “Exploring the newly identified reservoir-forming conditions and modes in the Jizhong depression will allow unhindered oil and gas exploration to continue, which is essential to avoid the depletion of energy resources in the coming years,” remarks a hopeful Prof. Zhang in response.

With such important discoveries underway, the Jizhong depression will become a treasure trove of energy for years to come!

About Earth Science Frontiers
Earth Science Frontiers is a bimonthly peer reviewed scholarly journal co-sponsored by the China University of Geosciences (Beijing) and Peking University. It was first published in 1994, and academician Wang Chengshan is the current Editor-in-Chief. Each issue of the journal is centered on a specific geoscience topic and managed by experts in that field as Guest Editors. Each issue also contains a number of articles on self-select subjects. Articles published on Earth Science Frontiers cover all disciplines of earth sciences with emphasis on frontier and innovative basic research. At the same time, the journal also publishes research findings that may be considered contentious. Over the years, Earth Science Frontiers has won several publisher awards, including “The Internationally Most Influential Journal in Chinese Language” and “The Top 100 Outstanding Chinese Scholarly Journals.” In 2019, Earth Science Frontiers was selected among top-tier journals to join a national action plan for achieving excellence in science and technology research publishing in China.

About Professor Zhang Ruifeng
Dr. Zhang Ruifeng holds the position of Chief Geologist for oil and gas exploration at Huabei Oilfield Company. He has a wide range of research interests, including but not limited to geology, petrology, geophysics, and petroleum geology. He has published more than 40 papers in reputed international journals and his work has been cited more than 132 times by researchers across the world. 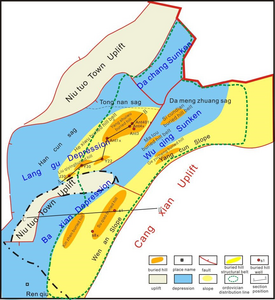 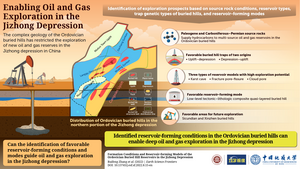