A trove of fossils in China, unearthed in rock dating back some 436 million years, have revealed for the first time that the mysterious galeaspids, a jawless freshwater fish, possessed paired fins.

The discovery, by an international team, led by Min Zhu of the Institute of Vertebrate Palaeontology and Palaeoanthropology, Bejiing and Professor Philip Donoghue from the University of Bristol’s School of Earth Sciences, shows the primitive condition of paired fins before they separated into pectoral and pelvic fins, the forerunner to arms and legs.

Until now, the only surviving fossils of galeaspids were heads, but these new fossils originating in the rocks of Hunan Province and Chongqing and named Tujiaaspis after the indigenous Tujia people who live in this region, contain their whole bodies.

Theories abound on the evolutionary beginnings of vertebrate fins and limbs – the evolutionary precursors of arms and legs - mostly based on comparative embryology. There is a rich fossil record, but early vertebrates either had fins or they didn’t. There was little evidence for their gradual evolution.

First author Zhikun Gai, a University of Bristol alumnus, said: “The anatomy of galeaspids has been something of a mystery since they were first discovered more than half a century ago. Tens of thousands of fossils are known from China and Vietnam, but almost all of them are just heads – nothing has been known about the rest of their bodies – until now.

“The new fossils are spectacular, preserving the whole body for the first time and revealing that these animals possessed paired fins that extended continuously, all the way from the back of the head to the very tip of the tail. This is a great surprise since galeaspids have been thought to lack paired fins altogether.”

“This ‘fin-fold’ hypothesis has been very popular but it has lacked any supporting evidence until now. The discovery to Tujiaaspis resurrects the fin-fold hypothesis and reconciles it with contemporary data on the genetic controls on the embryonic development of fins in living vertebrates.”

Corresponding author Min Zhu of VPP, Beijing, added “Tujiaaspis shows the primitive condition for paired fins first evolved. Later groups, like the jawless osteostracans show the first evidence for the separation of muscular pectoral fins, retaining long pelvic fins that reduced to the short muscular fins in jawed vertebrates, such as in groups like placoderms and sharks. Nevertheless, we can see vestiges of elongate fin-folds in the embryos of living jawed fishes, which can be experimentally manipulated to reproduce them. The key question is why did fins first evolve in this way?”

Bristol’s Dr Humberto Ferron used computational engineering approaches to simulate the behaviour of models of Tujiaaspis with and without the paired fins. The co-author said: “The paired fins of Tujiaaspis act as hydrofoils, passively generating lift for the fish without any muscular input from the fins themselves. The lateral fin-folds of Tujiaaspis allowed it to swim more efficiently.”

“Our new analyses suggest that the ancestor of jawed vertebrates likely possessed paired fin-folds, which became separated into pectoral and pelvic regions. Eventually, these primitive fins evolved musculature and skeletal support, which allowed our fishy ancestors to better steer their swimming and add propulsion. It is amazing to think that the evolutionary innovations seen in Tujiaaspis underpin locomotion in animals as diverse as birds, whales, bats and humans.” 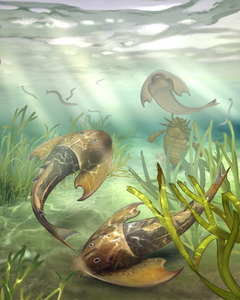 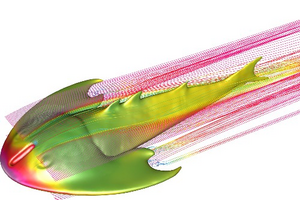 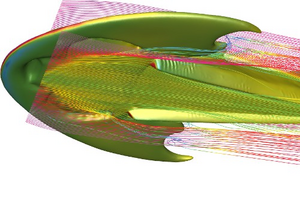