The first probable impact crater in Spain has been identified in the southern province of Almeria. The discovery was presented last week at the Europlanet Science Congress (EPSC) 2022 by Juan Antonio Sánchez Garrido of the University of Almeria.

While around 200 impact structures have been identified around the world, the study is the first to identify signs of an impact crater on the Iberian Peninsula. The discovery is the result of 15 years of research by an international team of scientists from the University of Almeria, the Astrobiology Center of Madrid, the University of Lund and the University of Copenhagen.

Prof Sánchez Garrido said: “We believe that the impact event occurred around 8 million years ago. We have investigated numerous aspects of the geology, minerology, geochemistry and geomorphology of the region. The basins of Alhabia and Tabernas in the area are filled with sediments dating back between 5 and 23 million years, and they overlie older metamorphic rocks. Much of the impact structure is buried by more modern sediments, but erosion has exposed it and opened up the opportunity for studies.”

The crater itself is thought to be about 4 kilometres in diameter, and it is surrounded by a larger structure about 20 kilometres across, where the impact caused the sedimentary strata to collapse.

Evidence for the impact crater includes several examples of ‘shocked’ quartz grains in breccia – a sedimentary rock type with large fragments cemented into a finer-grained matrix. The grains show signs of being deformed in the enormous pressures of the impact, which were between 10 and 30 gigapascals.

“If the crater discovery is confirmed, it would not only be exciting from a scientific perspective, but would also be a wonderful addition to the scientific and touristic attractions of the province of Almeria,” said Prof Sánchez Garrido.

EPSC2022, which took place last week in Granada, was attended by almost 1200 planetary scientists from around the world, making it one of the largest planetary science meetings to take place in Europe.

The Chair of the Local Organising Committee, Luisa Lara of the Instituto de Astrofisica de Andalucía-CSIC, said: “It was a lot of work to prepare for the meeting and we had to wait two years because of the pandemic. But the emotion of welcoming everyone to EPSC2022 in Granada has been worth everything – all the work is forgotten and the success of the meeting is a wonderful reward.”

Infographic showing the structure of the probable impact crater in Spain 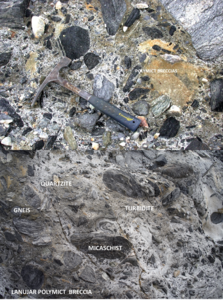 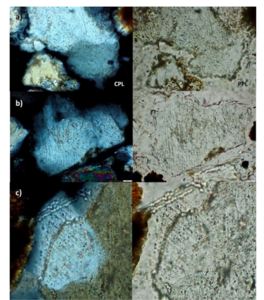