The intensity and rate of melt during the penultimate ice melting was much higher than previously thought, according to a study published in the journal Nature Communications. According to conclusions of the study, in this climate change scenario, the instability of marine-based ice sheets —those that flow directly into the ocean— was instrumental in accelerating global warming. The article is based on a research project co-led by Isabel Cacho, professor at the Department of Earth and Ocean Dynamics of the Faculty of Earth Sciences of the University of Barcelona and member of the UB Consolidated Research Group in Marine Geosciences, together with Heather M. Stoll, professor at the Swiss Federal Institute of Technology in Zurich (Switzerland).

Knowing precisely the speed of the melting process of large polar ice masses is one of the great scientific challenges regarding climate change. The study of past ice meltings — although they are not analogous to the current situation— provides an experimental scenario for analysing the speed of response of these ice masses.

To study the melting processes on the planet, until now only solid chronologies were available for the last deglaciation, a climatic period that lasted about 9,000 years. The study, partially carried out at the Scientific and Technological Centres of the UB (CCiTUB), now presents the first record of the melting of the penultimate deglaciation with a robust and contrasted chronology, and it reveals that this melting was concentrated over a period of about 5,000 years —from 135,000 to 130,000 years before the present—, introducing significant changes in the chronologies that had been accepted until now.

Stalagmites on the Cantabrian mountains to study climate change

The penultimate deglaciation is a period that is difficult to date using marine records, always based on indirect techniques that are very imprecise for analysing changes in the climate system on a time scale of decades, centuries or even millennia. This study is based on the analysis of stalagmites from the caves of the Cantabrian mountains in the Iberian Peninsula, climate archives that reveal changes in the salinity of the North Atlantic derived from the melting of large polar ice sheets and, in addition, they provide information on the evolution of atmospheric temperatures in the region in the past.

"To date, this penultimate deglaciation was only well dated in cave records from tropical areas (Asia and South America) but in no case were they able to capture the melting signal over the North Atlantic", says Isabel Cacho, ICREA Academia researcher at the UB.

The use of stalagmites as climate sensors makes it possible to establish chronologies with high scientific accuracy. But, in addition, the chemistry of the carbonate that forms the stalagmites picks up climatic variables that are decisive in reconstructing the climate. In the case of the caves in this study, rainfalls in the North Atlantic transfer the melting signal to the carbonate, while the biological activity of the land fixes the air temperature signal to the chemistry of the water percolating into the cave.

The integration of these three elements —solid chronologies, ice melt and temperature indicators— gives the published records a unique character of extraordinary value for understanding the processes of atmosphere-ocean interaction during phases of global planetary warming. These results have allowed us to reformulate previously accepted hypotheses and to outline a novel chronological framework that has been transferred to existing marine records, providing a new perspective on the speed of the processes at work during the penultimate deglaciation.

“Our study establishes an anchor point in the chronology from the beginning to the end of the melting, confirming the long-accepted hypothesis that changes in insolation controlled by the Earth’s orbital movements are the triggers of this major climate change”, says Isabel Cacho. “But it allows us to establish —she continues— for the first time a robust chronology of the oceanic and atmospheric feedback processes triggered by this initial insolation change, a change that was very modest regarding the Earth’s energy balance”.

“Therefore, the intensity of the last deglaciation’s warming was not controlled by the insolation changes but by climate feedback processes between the ocean, the atmosphere and the cryosphere or the ice mass”, she adds.

The fragility of marine-based ice sheets

Sea-based ice sheets were instrumental in accelerating the warming process of the penultimate deglaciation. "Marine currents contribute to the melting of the base of these glaciers, and as these structures become more fluid and fragile, the rate of glacier progression accelerates, and the ice is discharged directly into the sea at a rate that does not allow the glacier to regenerate," explains Professor Judit Torner, a member of the UB Consolidated Research Group in Marine Geosciences and co-author of the study.

However, the direct discharge of ice into the ocean has a direct impact on ocean currents and it caused an abrupt slowdown of marine circulation in the North Atlantic. "This has happened repeatedly in the past, but our study indicates that this process was particularly intense, rapid and prolonged during the penultimate deglaciation", Torner adds.

This change in circulation was decisive in climate evolution as it directly affected the oceanic carbon cycle, with an increase in atmospheric CO2 levels and, therefore, in the greenhouse effect of the atmosphere. “This caused an enormous amplification of the warming process during this penultimate deglaciation”, the researchers point out.

Glaciers of the past, lessons of the present

Today, much of the glaciers in Greenland and Antarctica have a marine base that shows signs of melting and destabilisation. Another cause for concern is that the oceanic and atmospheric processes that reacted to the melting described in the article are not different from those described in other deglaciations, "but the penultimate deglaciation —says Isabel Cacho—is unique in the sense that it gave way to an interglacial period that was warmer than the current one (about 0.5-1.5ºC warmer than pre-industrial temperatures)”. These conditions lasted for centuries and caused a superior melting of ice in Greenland and Antarctica, raising sea levels by 5-6 metres above present levels. "This suggests that not only the feedback processes themselves, but the speed with which they react, are capable of shaping the intensity of climate change", adds Isabel Cacho.

"This is very worrying, as we are currently experiencing the most rapid climate change in the history of our planet. Our observations of past climates confirm available climate projections, urging us to put measures in place to contain global warming to below 1.5°C and thus slow down a series of changes that will come at a high cost to us and the ecosystems that sustain us. But containing climate change requires immediate action at all levels", the researchers conclude.

Marine ice sheets were decisive in the acceleration of global warming 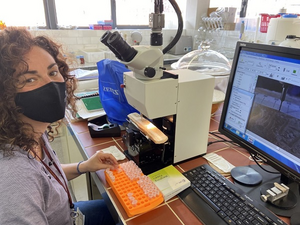 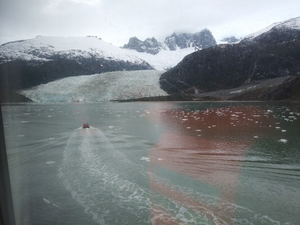 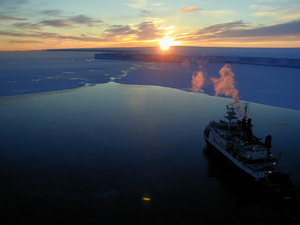