“This is an exciting change that represents the presence SwRI has in the space science industry,” Burch said. “This phenomenal new growth gives us the opportunity to reorganize into a Space Sector with three divisions that can each forge their own futures while continuing to work closely together.”

Burch has shaped SwRI’s space science program since he joined the Institute in 1977 and founded what is now the Space Science Division in 1985. He has also played a leading role in understanding the Earth’s magnetosphere, space weather and how it affects daily life on Earth. He conceived the concept for NASA’s first medium-class Explorer, the Imager for Magnetopause-to-Aurora Global Exploration (IMAGE) spacecraft as well as the current Magnetospheric MultiScale mission, which is studying a ubiquitous process known as magnetic reconnection.

Burch has played a significant role on multiple NASA advisory committees, helping define the agency’s research for more than two decades. He chaired the National Research Council’s Committee on Solar and Space Physics and led more studies for NASA than any other chair, past or present. For his years of service, Burch was named a lifetime national associate of the National Academies. His numerous awards and honors include the American Geophysical Union’s 2021 William Bowie Medal, the organization’s highest honor, and NASA’s Distinguished Public Service Medal, its highest honor for non-government employees.

Canup leads the new Solar System Science Division based in Boulder, which has three departments: Space Studies, Space Operations, and Solar and Heliospheric Physics. The division will focus on planetary science, solar physics, and space mission development and operations.

“This is an exciting opportunity for our divisions to grow while continuing to collaborate on the important and impactful research that our Institute is already so well known for. I’m honored to lead this new division and this remarkable group of people,” Canup said.

Canup joined SwRI in 1998 and is renowned for her significant contributions to planetary science, most notably her studies concerning the formation of planets and their satellites. Her research demonstrated that a single impact from a Mars-sized object could have produced the Earth-Moon system.

She has received several prestigious honors during her career including the American Astronomical Society Division for Planetary Sciences’ Harold Urey Prize (2003) and the American Geophysical Union’s Macelwane Medal (2004). In 2012, she was elected a member of the National Academy of Sciences, and, in 2017, she was named a member of the American Academy of Arts and Sciences. In 2020, she was named co-chair of the Planetary Science and Astrobiology Decadal Survey for 2023-2024.

“Space brought me to the Institute, and the opportunity to learn from leading experts and build something new for each program has kept me engaged,” McLelland said. “Our programs have long-term impact and many make a significant difference on a daily basis.”

McLelland has more than 30 years of experience in spaceflight system research and development with primary roles in program management, system engineering, and electrical design. He has managed over 43 spaceflight programs, including the development and delivery of the uncrewed Dream Chaser® flight control computers, the technology transfer of government spacecraft and the development of next-generation technology demonstration missions.

He serves on the Industry Advisory Board of Virginia Tech’s Space@VT and St. Mary’s University’s Engineering Program. He has held leadership positions at the IEEE Aerospace Conference for over ten years and is, most recently, the Emerging Technologies’ Session Chair. 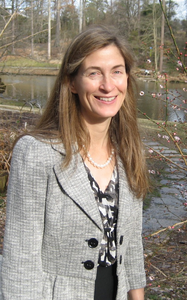 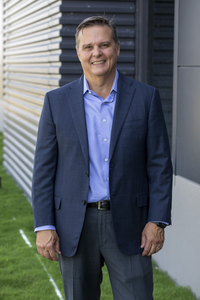