Some 250 million years ago – long before dinosaurs roamed the earth – global warming and acid ocean caused by the rapid volcanic emission of the Siberian Traps led to the Permian-Triassic mass extinction, which resulted in the elimination of over 95 percent of marine and 70 percent of terrestrial life.

Then Mother Nature did what it does best – replenish itself. But why did it take her so long to do so?

Where the understudy takes on a lead role

Their study demonstrates the incredible connection between life, climate, and Earth’s habitability to replenish itself. And the impact that the disappearance of a single organism (in this case, a single group of tiny marine organisms, the radiolarians) contributed to making the Earth almost un-habitable for millions of years.

Their main message is that every single organism on this planet plays a sometimes hidden yet critical role to regulate biogeochemical cycles and that it should encourage us to lean into the conservation, and stewardship of our planet.

We sat down with professor Bataille to learn more about this study and its impact:

Professor Bataille, please explain what your big discovery was.
Clément Bataille:  With this study, we propose a solution to explain the protracted recovery of life after the most severe mass extinction event, the Permian-Triassic mass extinction (The Permian extinction was caused by the massive volcanic eruption of the Siberian Traps and the associated warming and ocean acidification which eliminated over 95 percent of marine and 70 percent of terrestrial species.). For decades, scientists have been puzzled by the absence of life recovery after this mass extinction combined with the persistence of inhabitable environmental conditions on the Planet. The typical regulation mechanisms observed after other mass extinction events, particularly chemical weathering, appeared to have been unsuccessful at returning the Earth to more habitable conditions after the Permian-Triassic mass extinction. It took more than 5 million years after the end of massive Siberian Traps volcanism for life to recover in the Early Triassic. We demonstrate that this protracted recovery can be explained by an increase in reverse weathering in the ocean driven by the extinction of little microorganisms called radiolarians. This understudied mechanism would have maintained a hot greenhouse climate and acid oceans for millions of years, preventing life to recover. Only when those radiolarians reappeared after several million years was the Earth able to return to habitable conditions and life to recover fully.

When and where did this research take place?
C.B.:  This research took place between 2016 and 2022. Most analyses were conducted in Xiao-Ming Liu’s laboratory at the Department of Earth, Marine and Environmental Sciences, the University of North Carolina, between 2016 and 2019 by Cheng Cao and Clement P. Bataille. The modeling was performed by Cheng Cao between 2018 and 2020. The paper was written in several iterations between 2020 and 2021 by Cheng Cao, Clement P. Bataille, and Xiao-Ming Liu. The results were so surprising that it took us several years to properly defend our hypothesis.

What are your main findings? What is explained that we did not know or understand before?
C.B.:  The Permian-Triassic mass extinction (251.9 million years ago), also colloquially named the Great Dying, is the largest known mass extinction event in the history of our planet. During this event, the majority of marine and terrestrial species disappeared in a short amount of time. This mass extinction event was triggered by massive volcanism, the Siberian Traps, which emitted gigantic amounts of greenhouse gases, increasing atmospheric carbon dioxide, elevating temperature, and acidifying oceans. However, unlike other mass extinction events where life recovered quickly and re-diversified, it took more than 5 million years for life to recover from this mass extinction. Marine and terrestrial conditions remained unhospitable for life with persistently hot temperatures, ocean acidification, and recurrent ocean anoxia for millions of years. The persistence of these conditions puzzled scientists for years because the Siberian Traps’ volcanic activity stopped after a few hundreds of thousand years. Usually when emission stops, the Earth has a mechanism, called chemical weathering, that acts to regulate climate back to more habitable conditions. Chemical weathering encompasses all the reactions that alter rocks on the surface of the Earth. As rocks are altered they release some calcium which when transported to the ocean can combine with carbon dioxide to form carbonates. With this mechanism, the Earth regulates its climate because when the Earth warms, rocks weather faster, and more carbonate rocks are deposited in the ocean ultimately decreasing atmospheric carbon dioxide and cooling the climate. However, during the Early Triassic, despite evidences of increased chemical weathering, this mechanism failed to reduce atmospheric carbon dioxide, the climate remained very hot and the ocean acid, preventing life from coming back. In this study, we managed to reconcile these contradictory observations to explain why environmental conditions remained inhabitable for so long after the mass extinction almost leading to the disappearance of life on Earth.

Is there anything you’d like to add?
C.B.: This study demonstrates the incredible linkages and feedback between life, climate, and Earth’s habitability. It is amazing to think about how the disappearance of a single group of tiny marine organisms (radiolarians), contributed to making the Earth almost un-habitable for millions of years. It is a great lesson for our modern times. Humans are currently contributing to the sixth mass extinction. Among the disappearance of iconic species like large terrestrial mammals, hundreds of other unstudied species are disappearing. We should bear in mind that every single organism on this planet can play a hidden but critical role to regulate biogeochemical cycles. It should encourage every single one of us to act for conservation, and stewardship of our beautiful home. 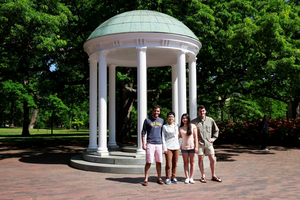 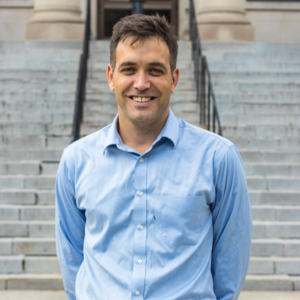