(Salt Lake City) - Whatever you do, don’t call them “mini-brains,” say University of Utah Health scientists. Regardless, the seed-sized organoids—which are grown in the lab from human cells—provide insights into the brain and uncover differences that may contribute to autism in some people.

“We used to think it would be too difficult to model the organization of cells in the brain,” says Alex Shcheglovitov, PhD, assistant professor of neurobiology at U of U Health. “But these organoids self-organize. Within a few months, we see layers of cells that are reminiscent of the cerebral cortex in the human brain.”

The research describing the organoids and their potential for understanding neural diseases publishes in Nature Communications on Oct 6 with Shcheglovitov as senior author and Yueqi Wang, PhD, a former graduate student in his lab, as lead author. They carried out the research with postdoctoral scientist Simone Chiola, PhD, and other collaborators at the University of Utah, Harvard University, University of Milan, and Montana State University.

Having the ability to model aspects of the brain in this way gives scientists a glimpse into the inner workings of a living organ that is otherwise nearly impossible to access. And since the organoids grow in a dish, they can be tested experimentally in ways that a brain cannot.

Shcheglovitov’s team used an innovative process to investigate effects of a genetic abnormality associated with autism spectrum disorder and human brain development. They found that organoids engineered to have lower levels of the gene, called SHANK3, had distinct features.

Even though the autism organoid model appeared normal, some cells did not function properly:

These findings are helping to uncover the cellular and molecular causes of symptoms associated with autism, the authors say. They also demonstrate that the lab-grown organoids will be valuable for gaining a better understanding of the brain, how it develops, and what goes wrong during disease.

“One goal is to use brain organoids to test drugs or other interventions to reverse or treat disorders,” says Jan Kubanek, PhD, a co-author on the study and an assistant professor of biomedical engineering at the U.

Scientists have long searched for suitable models for the human brain. Lab-grown organoids are not new, but previous versions did not develop in a reproduceable way, making experiments difficult to interpret.

To create an improved model, Shcheglovitov’s team took cues from how the brain develops normally. The researchers prompted human stem cells to become neuroepithelial cells, a specific stem cell type that forms self-organized structures, called neural rosettes, in a dish. Over the course of months, these structures coalesced into spheres and increased in size and complexity at a rate similar to the developing brain in a growing fetus.

After five months in the lab, the organoids were reminiscent of “one wrinkle of a human brain” at 15 to 19 weeks post-conception, Shcheglovitov says. The structures contained an array of neural and other cell types found in the cerebral cortex, the outermost layer of the brain involved in language, emotion, reasoning, and other high-level mental processes.

Like a human embryo, organoids self-organized in a predictable fashion, forming neural networks that pulsated with oscillatory electrical rhythms and generated diverse electrical signals characteristic of a variety of different kinds of mature brain cells.

“These organoids had patterns of electrophysiological activity that resembled actual activity in the brain. I didn’t expect that,” Kubanek says. “This new approach models most major cell types and in functionally meaningful ways.”

Shcheglovitov explains that these organoids, which more reliably reflect intricate structures in the cortex, will allow scientists to study how specific types of cells in the brain arise and work together to perform more complex functions.

He adds that using the organoids, researchers will be able to better investigate what happens at the earliest stages of neurological conditions, before symptoms develop.

Visit UBrain browser to visualize the cells and electrical responses detected in organoids.

University of Utah Health  provides leading-edge and compassionate care for a referral area that encompasses Idaho, Wyoming, Montana, and much of Nevada. A hub for health sciences research and education in the region, U of U Health has a $458 million research enterprise and trains the majority of Utah’s physicians and health care providers at its Colleges of Health, Nursing, and Pharmacy and Schools of Dentistry and Medicine. With more than 20,000 employees, the system includes 12 community clinics and five hospitals. U of U Health is recognized nationally as a transformative health care system and provider of world-class care.

Brain-like organoids grown in a dish provide window into autism 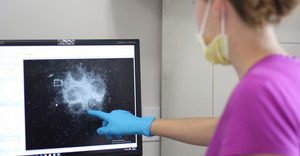 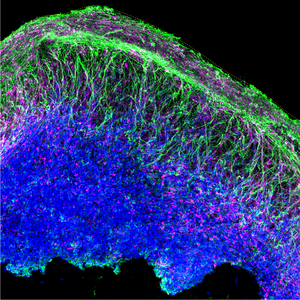