Human and mouse neurons in a dish learned to play the video game Pong, researchers report October 12 in the journal Neuron. The experiments are evidence that even brain cells in a dish can exhibit inherent intelligence, modifying their behavior over time.

“From worms to flies to humans, neurons are the starting block for generalized intelligence,” says first author Brett Kagan (@ANeuroExplorer), chief scientific officer at Cortical Labs in Melbourne, Australia. “So, the question was, can we interact with neurons in a way to harness that inherent intelligence?”

To start, the researchers connected the neurons to a computer in such a way where the neurons received feedback on whether their in-game paddle was hitting the ball. They monitored the neuron’s activity and responses to this feedback using electric probes that recorded “spikes” on a grid.

The spikes got stronger the more a neuron moved its paddle and hit the ball. When neurons missed, their playstyle was critiqued by a software program created by Cortical Labs. This demonstrated that the neurons could adapt activity to a changing environment, in a goal-oriented way, in real time.

“We chose Pong due to its simplicity and familiarity, but, also, it was one of the first games used in machine learning, so we wanted to recognize that,” says Kagan, who worked with collaborators from 10 other institutions on the project.

“An unpredictable stimulus was applied to the cells, and the system as a whole would reorganize its activity to better play the game and to minimize having a random response,” he says. “You can also think that just playing the game, hitting the ball and getting predictable stimulation, is inherently creating more predictable environments.”

The theory behind this learning is rooted in the free-energy principle. Simply put, the brain adapts to its environment by changing either its world view or its actions to better fit the world around it.

Pong wasn’t the only game the research team tested. “You know when the Google Chrome browser crashes and you get that dinosaur that you can make jump over obstacles (Project Bolan). We’ve done that and we’ve seen some nice preliminary results, but we still have more work to do building new environments for custom purposes,” says Kagan.

Future directions of this work have potential in disease modeling, drug discoveries, and expanding the current understanding of how the brain works and how intelligence arises.

Neuron (@NeuroCellPress), published by Cell Press, is a bimonthly journal that has established itself as one of the most influential and relied upon journals in the field of neuroscience and one of the premier intellectual forums of the neuroscience community. It publishes interdisciplinary articles that integrate biophysical, cellular, developmental, and molecular approaches with a systems approach to sensory, motor, and higher-order cognitive functions. Visit http://www.cell.com/neuron. To receive Cell Press media alerts, contact press@cell.com. 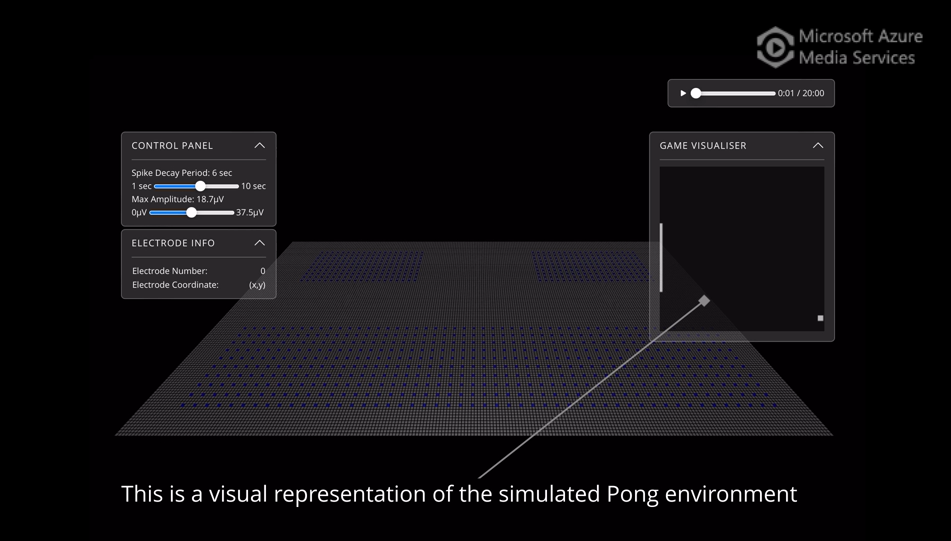