Some military veterans returning to the workforce face the stigma of negative stereotypes even as their service is aggrandized, according to a new study by the University of Cincinnati.

Daniel Peat, assistant professor-educator of management in UC’s Lindner College of Business, found that veterans faced a perplexing paradox of equally unwelcome extremes of co-workers, managers or civilian peers putting them on pedestals or pigeonholing them in a harmful way because of their service.

The study was published in the International Journal of Human Resource Management.

Peat and co-author Jaclyn Perrmann-Graham, a UC alumna who teaches at Northern Kentucky University, interviewed 40 veterans across 12 organizations about their experiences returning to the civilian workforce. They found some common themes.

“If you’re a veteran, everyone assumes that you’ve been in combat or shot people or you have post-traumatic stress disorder,” Peat said. “But it was interesting to see that putting veterans on a pedestal has similar negative effects.”

Peat serves in the U.S. Army Reserves. For the study, he interviewed 40 veterans ages 20 to 60, including 26 active-duty military. One-third of participants were female.

Interview subjects said depictions of veterans in news media and pop culture often carry negative associations such as poor mental health or violence. Respondents attributed these stereotypes to some of the inappropriate and off-base comments by civilian peers.

One respondent said people were surprised to learn he or she was not politically conservative like many veterans. Others said views about military personnel are skewed by war movies that depict returning veterans as psychologically damaged by their experience.

“They find out I’m a veteran and I was in combat and they automatically think I have PTSD and I’m some half-crazed psychotic lunatic,” one respondent said.

Friends or co-workers will sometimes associate a veteran’s service with the completely unrelated experiences of their own veteran family or friends without acknowledging everyone’s individual story.

“One of my teammates found out I was in the Army and they were like, ‘Oh, man, my uncle was in Vietnam and he won’t talk about it,’” another respondent told researchers.

“Nobody asked the follow-up question: What was your experience like? Nobody has that curiosity. Instead, they make assumptions,” Peat said.

Still other respondents said it was hard to get credit in the working world for commensurate or higher military training and experience.

Service members talked about how they made adjustments to fit into their new civilian culture, Peat said.

“Veterans sometimes use dark humor as a coping mechanism, but that gallows humor doesn’t necessarily fit in with the norms of social behavior,” Peat said.

Unlike other high-stress occupations like nursing, law enforcement or firefighting, veterans who enter the workforce aren’t surrounded by people with a similar perspective.

Peat said human resources managers might be aware of the unfair stigmatization of veterans, which has been highlighted in previous studies, but he thinks they should also consider how veterans are aggrandized to their detriment as well.

“There’s an old joke in the military, ‘Thank me for my service,’” Peat said. “That’s indicative of someone who wants to be aggrandized. But it’s rare to see that in the military. Most people don’t want to be thanked for their service. Their service is often more personal and motivated by a multitude of reasons.”

Where do I belong? Conflicted identities and the paradox of simultaneous stigma and social aggrandizement of military veterans in organizations 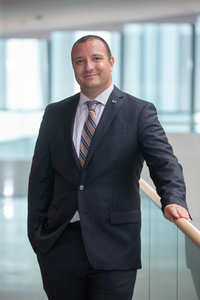 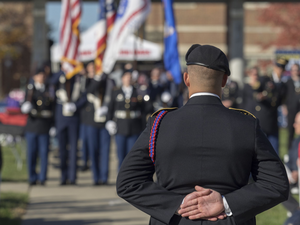 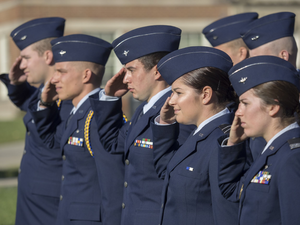 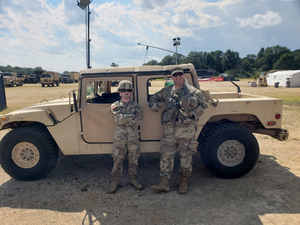