Precise details of how a master regulator of gene expression binds its activating partner could open new avenues for cancer drug development.

The findings reveal how the activating partner, a small cellular metabolite and signaling molecule called PI5P, interacts simultaneously with two different regions of the regulatory protein UHRF1. This shows how, when it comes to the modulation of complex proteins, binding arrangements can take on elaborate multipart forms.

What’s more, the basic biological insights provided by Fischle’s laboratory at KAUST could breathe new life into the search for UHRF1-directed medicines.

“This protein is one of the most potent targets for cancer therapeutics,” says Papita Mandal, a postdoc in Fischle’s group. “Our findings will help strategic planning in developing drugs against it.”

Our genomes are scatter-marked with chemical tags that dictate which genes should be turned on or silenced at any given time — an epigenetic process that, when mismanaged, can drive tumor growth. UHRF1 plays a critical role in maintaining the proper arrangement of these chemical tags during cell division, but its activity is contingent on binding to PI5P.

Fischle and his colleagues in 2014 revealed for the first time that UHRF1 and PI5P were binding partners. However, at the time, “it remained unclear how the regulation actually worked on a molecular level,” Fischle says.

Teasing apart the molecular details was no small feat. PI5P, a type of fatty substance known as a phospholipid, proved extremely difficult to work with. The researchers had to deploy a number of different experimental techniques — biochemical, biophysical, structural — to delineate the interplay between UHRF1 and its signaling partner.

In collaboration with KAUST structural biologist Łukasz Jaremko, proteomicist Dalila Bensaddek and others, they ultimately found that the targets of PI5P binding were two distant linker regions of UHRF1 that connected different domains of the protein. And when doubly bound in this way, UHRF1 underwent a conformational change that resulted in functional activation.

“There are many important questions to address next,” notes Mandal. “The first one is to find out the physiological significance of this regulation.” Armed with that knowledge, the researchers then hope to discover drugs that could target this mechanism of epigenetic control.

The interaction between PI5P and UHRF1 thus exemplifies the old adage "The whole is greater than the sum of its parts." As Wolfgang Fischle, KAUST biochemist and study author, points out: “Regions linking separate domains of a multidomain protein can have important functionality in organizing and thereby regulating the overall structure and function of a protein.” 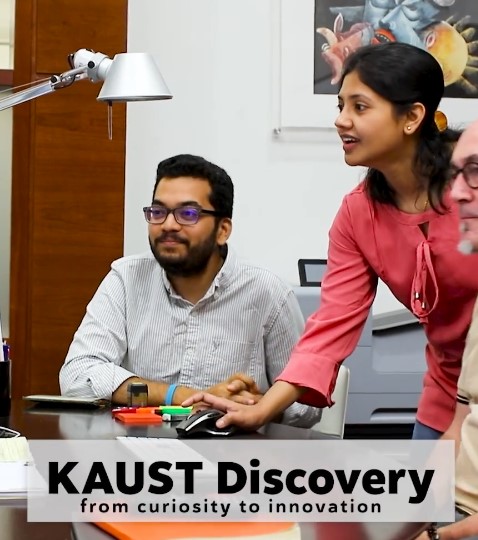