New research in an animal model of aging suggests a possible mechanism for why people with early menopause or other genetic conditions affecting the reproductive system are more likely to get cardiovascular disease, diabetes and dementia.

Disrupting a process called meiosis in reproductive cells of C. elegans led to a decline in the worms’ health and triggered an accelerated aging gene signature similar to that of aging humans, according to the new study, led by University of Pittsburgh and UPMC researchers and published in Aging Cell.

“This study is exciting because it’s the first direct evidence that manipulating the health of reproductive cells leads to premature aging and a decline in healthspan,” said senior author Arjumand Ghazi, Ph.D., associate professor of pediatrics, developmental biology, and cell biology and physiology at Pitt and UPMC Children’s Hospital of Pittsburgh. “The implications of this finding are profound: It suggests that the status of the reproductive system is important not simply to produce children, but also for overall health.”

While the effects of aging on fertility are well-established, research over the last two decades has begun to reveal that reproductive fitness, in turn, affects aging and health in people. The problem is that directly testing this kind of cause and effect in humans is difficult. So Ghazi and her team turned to a tiny nematode worm called Caenorhabditis elegans, an ideal system in which to study aging because it has a short lifespan — cradle to grave takes just three weeks — and shares many genetic pathways with people.

The researchers looked at meiosis, a type of cell division that occurs only in cells destined to become sperm or egg and is seen in all species from yeast to humans. They found that animals with mutations in meiosis genes had shorter lifespans than their normal counterparts. The mutants also showed worse measures of general health, including premature declines in mobility, muscle function and memory.

“The exciting part of this healthspan work was that these animals also showed signs of disrupted protein homeostasis,” said Ghazi. “Disruption to the balance of proteins inside cells is at the heart of age-related neurodegenerative diseases, like Alzheimer’s disease.”

When the researchers improved protein homeostasis in the worms, some loss of lifespan was prevented. These findings point to disrupted proteostasis as a key mechanism linking reproductive health and aging.

Next, the team looked at gene expression changes in C. elegans. At day 1 of adulthood, meiosis mutants expressed genes that were remarkably similar to those normal worms wouldn’t express until day 10.

“In human terms, it’s like someone in their early 20s having the physical appearance, physiology and gene signatures of a 70-year-old,” explained Ghazi. “Messing with meiosis has dramatic effects on healthspan and accelerates aging in C. elegans.”

Many of the same genes control aging in worms and humans. So the researchers asked if the meiosis mutants’ gene signature had any similarities with genes of aging humans. They found that this was, indeed, the case — a notable finding as it suggests that disrupting the reproductive system may produce similar changes from worms to humans.

Since C. elegans can be used to make fundamental discoveries not possible in humans and more complex systems, this discovery opens up great possibilities for understanding how the reproductive system shapes aging, said Ghazi.

She is now planning to partner with UPMC Magee-Womens Hospital and Magee-Womens Research Institute to further probe this question in human patients who, due to genetic disease, undergo extremely premature menopause and exhibit complications such as heart disease, autoimmune disorders and osteoporosis.

“Informed by our work in C. elegans, we want to develop a panel of age-related genes and use this to screen patients’ blood and saliva,” said Ghazi. “If we see evidence of the same genes being elevated in patients, it would be a major first step toward extending such studies to women who undergo early menopause and early infertility.”

Ghazi hopes that eventually this work could inform tests for early detection of health impairments triggered by reproductive abnormalities and new treatments or repurposing of existing drugs to treat such age-related diseases.

Other authors who contributed to this study are Julia A. Loose, Ph.D., Francis R. G. Amrit, Ph.D., Thayjas Patil, and Judith L. Yanowitz, Ph.D., all of Pitt or UPMC. 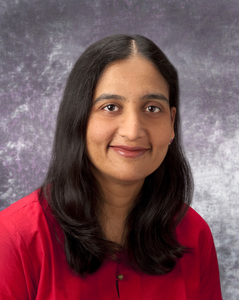