Denver, Colo., USA: Non-native species that invade and firmly establish themselves in new regions have staggering economic and ecological consequences. Recent studies estimate that, in the United States alone, invasive species now cause more than US$120 billion in monetary damages per year and have contributed to 70 percent of extinctions of native aquatic species this century, as well as many other adverse effects.

Although researchers have directly observed the impacts of biotic invasions over annual to decadal timeframes, an understanding of how they affect ecosystems over the longer term can only be gleaned from the study of ancient invasions preserved in the fossil record. Now new research presented on Tuesday at the annual meeting of The Geological Society of America shows that it’s possible to study ancient invasions over time scales of just a few thousand years—an unprecedented level of detail that can inform the development of robust, long-term conservation strategies in the Anthropocene.

“Bridging the gap in knowledge between short-term studies of modern invasions and long-term patterns in the fossil record gives us a better understanding of how modern invasions are likely to impact ecosystems over larger time scales and allows for better-informed management strategies,” says Ian Forsythe, who worked on the project as a master’s student at Ohio University and is now a doctoral student at the University of Cincinnati.

Forsythe’s research focused on macrofaunal invertebrate fossils from the Clarksville Phase of the Richmondian Invasion, the first pulse of a biotic invasion that occurred during the Late Ordovician period around 450 million years ago. At that time, a number of non-native genera invaded the shallow sea that covered the area that is now northern Kentucky, southwestern Ohio, and southeastern Indiana.

Forsythe became involved in the project when he started working in the lab of Alycia Stigall, who is now a professor in the Department of Earth and Planetary Sciences at the University of Tennessee at Knoxville. “The Richmondian Invasion is one of the most intensely studied fossil invasion events in terms of ecosystem and species impacts,” says Stigall. “But Ian’s work is truly groundbreaking; he has been able to examine community-level changes at a very fine temporal level of a few thousand years and relate that directly to changes in sea level and timing of arrival of invaders.”

To collect this data, Forsythe used a quadrat sampling method, in which a square grid is placed on a surface and the abundance of each taxon within the grid cell is recorded. He then conducted an extensive suite of analyses to comprehensively examine the ecological impacts of the Clarksville Phase.

The results span pre-invasion, invasion, and post-invasion intervals across a range of depositional environments. These range from the shallow ocean where the seafloor is impacted by wave action to a nearby, offshore area up to 100 meters deep.

Because the study was conducted within a detailed stratigraphic framework that provided tight time resolution, Forsythe was able to relate invader arrival and biotic changes to variations in sea level. “This represents the most detailed analysis yet of invasion dynamics at timelines that approximate modern ecosystems,” says Stigall.

The results indicate that biotic invasions of this type—where the invaders occupy a low trophic level (such as filter feeders) and most of the recipient biota are not highly specialized ecologically—are unlikely to result in the incumbents’ extinction. The data also suggest that taxa modify their habitat preferences to accommodate novel competitors following Clarksville-type invasions.

These findings can help inform decisions regarding how very limited conservation funds should be spent, according to Forsythe. “Ecosystems of this type may require less investment of resources than those with many specialized species or that are combatting invasive taxa of high trophic levels, like predators,” he says. The results also suggest that incumbents most strongly inhibit invasion by taxa within their own guild, which can help guide decisions regarding which invaders to target in systems experiencing multiple invaders.

All told, says Forsythe, the research findings mean that we now better understand the Richmondian Invasion specifically, and biotic invasions more generally. “Although there is still much work to be done on the topic of biotic invasions,” he concludes, “this study brings us a little bit nearer to understanding the key details of how biotic invasions impact the recipient biota, and I am glad to have played a part in that.”

The Geological Society of America (GSA) (https://www.geosociety.org) unites a diverse community of geoscientists in a common purpose to study the mysteries of our planet (and beyond) and share scientific findings. Members and friends around the world, from academia, government, and industry, participate in GSA meetings, publications, and programs at all career levels, to foster professional excellence. GSA values and supports inclusion through cooperative research, public dialogue on earth issues, science education, and the application of geoscience in the service of humankind. 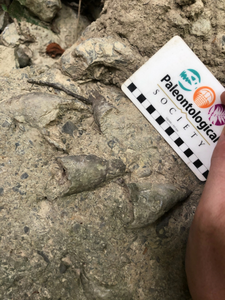 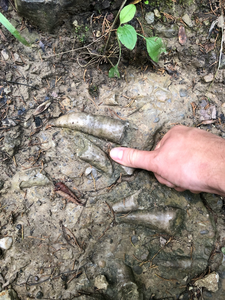