It has been commonly accepted that tumorigenesis and cancer progression constitute a multistep process. The most commonly used method for cancer diagnosis and prognosis to guide treatment decisions is based on a complex combination of imaging and invasive tissue biopsies. However, the methods are not always sensitive to early-stage cancer diagnosis. Small extracellular vesicles (sEVs) are nanometre-sized, bilayer lipid carriers and contain a wide variety of cargos, including lipids, proteins, metabolites, RNAs and DNAs. sEVs released from original cancer cells exist in almost all body fluids. They can become the potential circulating biomarkers in liquid biopsies, as they uniquely reflect the dynamic biological changes associated with the growing tumours and indicate the stages of cancer progression.

Super-resolution microscopy techniques have emerged by pushing the resolution beyond the diffraction limit toward nanometre scales.

In a new paper published in eLight, a team of scientists, led by Professor Dayong Jin from the University of Technology Sydney, developed an innovative technology based on Lanthanide-doped EV-targeting Nanoscopic Signal-amplifiers (LENS). Their paper, "Upconversion Nanoparticles for Super-resolution Quantification of Single Small Extracellular Vesicles," has enormous potential in cancer diagnosis and prognosis.

The researchers further improve the imaging resolution to super-resolve the surface biomarkers on single EVs (Fig. 1). The approach is based on using uniform, bright and photostable nanophotonic probes. Each is highly doped with tens of thousands of lanthanide ions. In their experiment, the sEVs were first captured on a slide coated with CD9 antibody and sandwiched by a biotinylated EpCAM antibody. Streptavidin functionalized upconversion nanoprobes subsequently tagged the EpCAM antibody for signal enhancement. The nanoprobes on single sEVs allow a super-resolution microscope for visualization under a doughnut-shaped laser beam. A single nanoprobe in the middle of the doughnut beam generates an emission pattern with a dip where the probe sits. As a result, the two nearby nanoprobes can be super-resolved beyond the diffraction limit in nanoscale.

The researchers demonstrate that super-resolution imaging of single sEVs can be achieved using a library of upconversion nanoprobes doped with various kinds and varied concentrations of emitters. They confirm that antibody conjugated nanoprobes can specifically target tumour epitope epithelial cellular adhesion molecule (EpCAM) on both large EVs and single sEVs (Fig. 2). Using super-resolution imaging, the researchers can quantify the specific number of nanoprobes on each sEV. They have shown that it is theoretically possible to analyze nanoprobes' size and steric hindrance on single sEVs (Fig. 3).

Figure 2. Co-localization of the EpCAM-mGFP EVs specifically labelled by UCNPs. 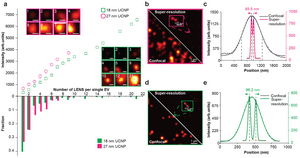 Figure 3. The heterogeneity of sEVs and size limitation of UCNPs.