How healthy are coral reefs? And how are they responding to climate change? After more than 10 years of monitoring the Great Barrier Reef, University of Sydney geoscientists have developed a technique that allows them to answer these questions using satellites. And it all relies on sand aprons.

It turns out that sand aprons, deposits of sand along the shore of a lagoon that are ubiquitous in coral reefs, can give a reliable estimate of how coral reefs are growing as well as their rate of carbonate sediment productivity – key to establishing their overall health.

“The traditional way of collecting such data is very work intensive,” said Associate Professor Ana Vila-Concejo, who led the study, published today in the journal Geology. “It requires actively measuring the chemistry of water or taking thousands upon thousands of photos to calculate how much each creature in the ecosystem is contributing to carbonate sediment productivity.”

But the study also found more signs of trouble for coral reefs: carbonate productivity today is half what has been for thousands of years of sand apron formation in the southern Great Barrier Reef. “Our results suggest that ecosystem health was much better then, so we’re likely seeing the effects of climate change in our present-day data,” added Associate Professor Vila-Concejo, Co-Director of the University’s Marine Studies Institute.

How corals grow and recede, and under what conditions, and how healthy they are, is dependent on an incredibly complex combination of factors – such as waves and storm surges, sedimentation rates, seawater chemistry, land-based runoff and even fish populations. Hence, predicting the health of any single coral reef group, and how they will behave in response to climate change, is an intricate puzzle.

However, the researchers found that sand aprons – formed as waves and currents from reef crests carry sediment that becomes trapped in the reef lagoons – can be used to estimate carbonate productivity over time, and therefore the health of a coral ecosystem.

The field team, coordinated by Dr Sarah Hamylton, an Associate Professor at the University of Wollongong and an Honorary Associate at the University of Sydney, worked from a 12-metre catamaran to visit 21 reefs in the southern Great Barrier Reef, collecting over 100,000 records of reef bathymetry and composition. The team later worked with satellite imagery to measure the sand aprons and estimate their volume for each reef. They then matched that data with carbonate production measurements taken over more than a decade to try and understand sand apron evolution, and how it correlated with productivity.

“The formation of sand aprons by lagoon infilling is a function of reef size, and a self-limiting process controlled by the surrounding hydrodynamics and in response to the ebb and flow of sea-level changes,” said Associate Professor Vila-Concejo, who is also Deputy Director of the One Tree Island Research Station, located in the Great Barrier Reef. “If we can understand the evolution of sand aprons in each reef over time, we can use the data to manage coral reefs and prepare for climate change.”

As coral reefs around the world respond to warming oceans, it will change how corals behave. The climate effects on the drivers for sand apron development – sediment production, hydrodynamic forcing, and the infilling of lagoons – are not yet clear. But the study indicates that understanding their behaviour and evolution provides a powerful shortcut to determining overall reef health.

In addition, by combining modern analysis of sand apron accretion with data going back 8,000 years, the researchers can establish the background rate of coral productivity.

”Our findings show that the carbonate production was much higher during the Holocene – the last 11,700 years of Earth’s history – but that the average rate of production today is down 50 percent on this. That is a cause for concern,” Associate Professor Vila-Concejo said.

“Our current research involves modelling what this will mean for the future of the Great Barrier Reef, and these data are going to be essential for that,” she added. 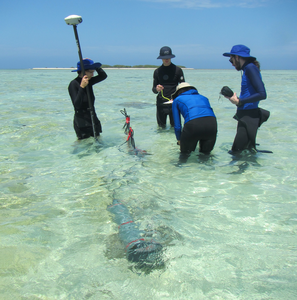 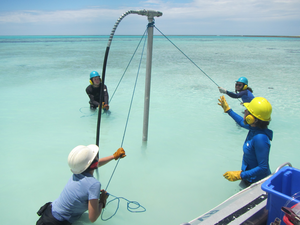 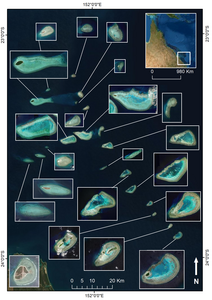 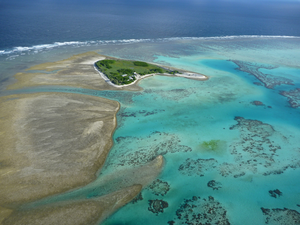 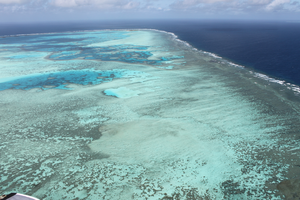 Drone images of sand aprons around One Tree Island