The race is on to find more economical, clean and efficient forms of energy, and an international research collaboration is working to find a solution by optimizing solar power using organic, soft electronic materials as semiconductors.

Madalina Furis, Ph.D., and researchers with the Center for Quantum Research and Technology at the University of Oklahoma will collaborate with the University of Vermont and Yamagata University and Osaka University in Japan to investigate harvesting, storing and transferring energy in soft electronic materials. The three-year study is the focus of a $1.5 million grant from the National Science Foundation’s Partnership for International Research and Education, or PIRE, program.

The partnership will bring the researchers unprecedented access to Japan’s soft materials and optoelectronic device fabrication and characterization facilities and foster connections with semiconductor industries of the future, enabling rapid progress for the future generation of soft electronic materials.

“Photovoltaics is, of course, a major strategic area of interest for the United States because it is an area of research focused on harvesting sunlight – the sun’s energy – in order to gain freedom from sources of energy that have a limited lifetime,” Furis said. “Because we’re talking about harvesting light and radiation from the sun, the optical properties of the semiconductors – their ability to absorb sunlight and eventually convert it into electricity – is central to this whole endeavor.”

The research team includes specialists in photovoltaics, as well as experts in how energy is transported or moves through devices and experts in device fabrication.

“They think more of things like polymers, aero gels; they don’t really think of electronic applications necessarily, although, of course, we have one shining example – the organic light-emitting diode in OLED TV that’s essentially made with soft matter,” she said. “The semiconductors that are inside of those light-emitting diodes are carbon-based molecular semiconductors.”

Furis said her team is working to understand the properties of these types of organic, soft-matter semiconductors to make photovoltaics more efficient, but also to extend the value of the materials for other types of applications that go beyond their traditional use, such as wearable medical devices. For example, wearable long-term diagnostic devices that are smaller, more efficient and less invasive for the patient may lead to a better understanding of the onset and evolution of chronic diseases.

“It could revolutionize the whole medical industry, the way we deliver health care to people. We could essentially cheaply monitor vital signs, and without any disturbance to people,” she said. “Many of these molecules, some that are hardly studied, are entirely compatible with the human physiology.”

The technology could also allow devices that can switch from one molecule to another affordably, or even use a mix of compatible molecules.

“I often hear colleagues saying that now there is a search for the one small molecule that will be the silicon of organic electronics. We think this approach does not take advantage of the large versatility and diversity of carbon-based semiconductors,” Furis said. “Our vision is that, ultimately, we will have a set of small molecules, compatible with the same technological process flow. One of them will be best suited for the transistors on an all-carbon chip, while the other might offer superior performance for its integrated photovoltaic source.”

Furis said the partnership between the U.S.-based team and Japan-based collaborators spans all aspects of synthesis; prototyping; thin-film growth; and structural, electrical and spectroscopic characterization. Yamagata University is one of the largest places in Japan dedicated to organic electronics, and the partnership will allow the research team to put their vision of making new materials to the test.

“There’s no place in the United States that’s accessible to academic researchers having such a concentration of applied scientists in this field,” she said. “On the practical realm of making these devices efficient, being able to really exploit the optimized materials you’re making and being able to make new materials, they are certainly a powerhouse.”

In addition to bringing attention to a new class of materials, Furis said the project will train international scientists while promoting intercultural exchange. The project offers a summer stipend for an international research experience geared toward undergraduate physics, chemistry and engineering students who will be recruited from four-year institutions of the researchers’ home states. OU plans to focus on recruiting students from tribal and rural areas to support a diverse pool of talent.

“All of these students – even students from smaller four-year colleges – will have an opportunity not only to be trained on all of this equipment but to also do that abroad,” Furis said. “They will learn how to get organized to do research, how to work in a large team and how to work with international collaborators. This is not a small thing for the future.”

The project is one of 13 new PIRE awards funded by the National Science Foundation totaling more than $19 million. The PIRE competition focuses on global societal challenges related to climate change and clean energy. The primary goal of the program is to support high-caliber research proposals that show a clear potential for rapid scale-up and growth while building multi-stakeholder partnerships.

About the Project
The project, “PIRE: U.S.-Japan Partnership in Excitonic Soft Materials for Clean Energy,” is funded by the National Science Foundation’s Partnerships for International Research and Education, Award No. 2230706. The project will begin Jan. 1, 2023, and is expected to be complete by Dec. 31, 2025. At the University of Oklahoma, the team includes Furis and co-principal investigator Binbin Weng, along with Ian Sellers and Joseph Tischler. Collaborators include project principal investigator Matthew S. White and co-principal investigators Kyle Ikeda and David Punihaole, along with Jihong Ma.

The University of Oklahoma is a leading research university classified by the Carnegie Foundation in the highest tier of research universities in the nation. Faculty, staff and students at OU are tackling global challenges and accelerating the delivery of practical solutions that impact society in direct and tangible ways through research and creative activities. OU researchers expand foundational knowledge while moving beyond traditional academic boundaries, collaborating across disciplines and globally with other research institutions as well as decision makers and practitioners from industry, government and civil society to create and apply solutions for a better world. Find out more at ou.edu/research.

About the University of Oklahoma

Founded in 1890, the University of Oklahoma is a public research university located in Norman, Oklahoma. OU serves the educational, cultural, economic and health care needs of the state, region and nation. For more information visit www.ou.edu. 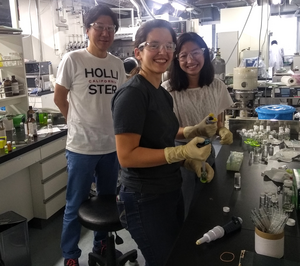 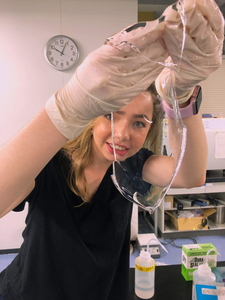