BIRMINGHAM, Ala. – The protein kinase CK2 is involved in a wide range of biological processes and cellular functions, including inflammatory responses and pathologies associated with inflammation. Also, its aberrant expression and activity are characteristic of many cancers. Yet the basic function of CK2 in CD8+ immune T cells has remained completely unknown.

Now in a study published in The Journal of Immunology, University of Alabama at Birmingham researchers report that protein kinase CK2 controls CD8+ T cell effector and memory functions during infection. These experiments were done in mouse CD8+ T cells and a mouse model of infection by the intracellular pathogenic bacteria Listeria monocytogenes.

The researchers first showed that the CK2 subunits were induced, and that CK2 kinase activity was increased, when intact CD8+ T cells were activated by stimulating the T cell receptor to trigger an immune response. That showed a potential role of CK2 in CD8+ T cell responses.

In contrast, the CK2α-/- deletion mutants showed significantly less CD8+ T cell activation and proliferation, indicating that the CK2α activity was required for those steps.

Furthermore, the researchers say their findings suggest that CK2α is involved in CD8+ T cell metabolic reprogramming during activation, specifically through increases in glycolytic metabolism and mitochondrial respiration. Mitochondria are the powerhouses of cells, supplying most of the cellular energy. Upon activation, intact T cells are known to undergo substantial metabolic reprogramming; but the UAB researchers found that CK2α-/- deletion mutants had significantly less glucose uptake and metabolism, and decreased mitochondrial respiration, compared to T cells with normal CK2.

Using a mouse Listeria monocytogenes infection model, Qin, Benveniste and colleagues found that CK2α was required for CD8+ T cell expansion, maintenance and effector function in both primary and memory stages during infection by the intracellular bacterial pathogen.

“Taken together, our study demonstrates that CK2α regulates CD8+ T cell activation and differentiation both in vitro and in vivo,” Benveniste said. “However, the biological function of CK2α in CD8+ T cells, particularly CD8+ T cell cytotoxic function, remains to be explored.”

At UAB, Benveniste is professor and Qin associate professor in the Department of Cell, Developmental and Integrative Biology.

The Journal of Immunology 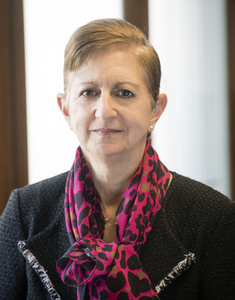