Amanda Woerman, assistant professor of biology, has received a grant from the Tau Consortium of the Rainwater Charitable Foundation to accelerate her research that aims to develop a gene therapy for tauopathies, a group of fatal neurodegenerative disorders.

The Woerman Lab is focused on studying the misfolding and aggregation of tau and several other proteins. Tau misfolding is associated with Alzheimer’s disease, progressive supranuclear palsy (PSP) and corticobasal degeneration (CBD) – difficult-to-diagnose fatal disorders with no effective treatments.

Woerman will use the $190,000 grant from the Tau Consortium to test a proof-of-concept gene therapy based on the understanding that PSP and CBD are caused by specific conformations, or strains, of tau misfolding. “We believe an important implication of this is that strain-specific diagnostics and therapeutics will be needed to yield the best possible outcomes for patients,” Woerman says.

The goal is to disrupt tau misfolding, interfering with the disease process, while maintaining the protein’s normal function in the body.

“Personalized medicine has had a profound impact on the way that we treat cancer patients,” Woerman says, “and we think that it has the potential to be really effective here for both diagnosis and treatment.”

The Rainwater Charitable Foundation was founded by Texas billionaire Richard Rainwater in 1991 to support children-centered initiatives. In 2009, the foundation added the Tau Consortium as a second funding program after Rainwater was diagnosed with PSP, which affects nerve cells that control walking, balance, vision, speech and swallowing. He died from PSP complications in 2015. The foundation has funded more than $100 million worth of neurodegenerative disease research that holds the promise of effective, cutting-edge treatments.

Woerman says her research has the potential to transform the approach toward developing treatments for neurodegenerative disease patients. “If it works, it will give us a roadmap to apply the same strategy for any protein-misfolding disorder,” she says. 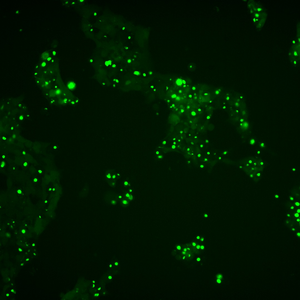