However, fecal microbial transplants have also been given to alter a recipient’s metabolism to reduce obesity or alter immunity to fight cancer, and in those transplants recipients are not given suppressive antibiotics to eliminate the microbial community prior to the transplant. In these cases, the initial gut community after transplant is a consortium of donor and recipient microbes that have to compete as new microbial strains are introduced into an established community.

University of Alabama at Birmingham researchers now report in the journal PLOS One that there is a lack of predictability for fecal microbial transplants to change the gut microbial community to correspond to that of the donor when there is no preconditioning to reduce the recipient microbe community. This contrasts with the C. difficile fecal microbial transplants after suppressive antibiotic therapy, where stable long-term colonization of donor strains is seen as long as two years post-transplant.

Koo and Morrow analyzed metagenomic sequencing published by Davar et al. in Science in 2021, using two established strain tracking methods, the WSS strain-tracking method developed at UAB and the strain-level population genomics tool StrainPhlAn. WSS can detect whether a donor strain or recipient strain of a particular species of gut microbes is dominant after fecal microbial transplants, and StrainPhlAn provides a phylogenetic tree of donor-related microbes or recipient-related microbes.

The Davar group gave fecal microbial transplants from patients who responded to anti-PD-1 immunotherapy for melanoma to recipient patients who were resistant to the immunotherapy, since it had been seen that the composition of the gut microbiota correlates with efficacy of anti-PD-1 therapy in animal models and cancer patients. Six out of 15 patients benefited.

The UAB researchers found that three Alistipes bacterial species and one Parabacteroides species all had patterns, post-fecal microbial transplant, of either dominant donor or dominant recipient strains in the feces. 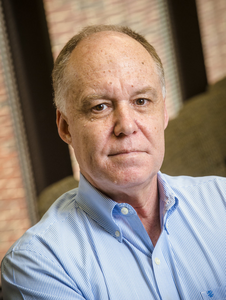