More than half of charitable giving via payment apps is "forgotten" as soon as a fundraiser leaves according to a new University of Copenhagen study. On the other hand, digital solutions make it easier to donate more than spare change.

Small groups of volunteers ring doorbells year round to raise money for an array of causes. Many organisations and interest groups rely on the generosity of ordinary people to fund their charitable work.

But when volunteers ring nowadays, they are increasingly asking for digital donations. Here, payment platforms like Apple Pay, or the Danish MobilePay app let donors contribute without their needing to fish cash or coins from their pockets.

On the other hand, digital solutions also make it easier for people to delay their charitable giving until a later date. But without an immediate donation, the risk of funds never being transferred is high. This is the conclusion of a new study from the University of Copenhagen’s Department of Food Science and Resource Economics.

"We investigated how the possibility of digital contributions to charity fundraisers influences donor behaviour. The results demonstrate that we as humans want to come off as kind-hearted donors, but at the same time we’d prefer not to pay," says Toke Reinholdt Fosgaard of the Department of Food and Resource Economics.

Fosgaard and co-author, Adriaan R. Soetevent of the University of Groningen, found that at least 60 percent of Danes who promised to donate in the study, never followed through. Among other things, Mobile Pay data was used to reach their conclusions. On a positive note, the researchers found that payment app donations were greater than average cash contributions.

A pinch to the pocketbook or moral hangover

Tore Reinholdt Fosgaard does not rule out that some missed donation payments are oversights – or a form of "motivated oversight" that relieves people of both the moral hangover of saying no and pinch to the pocketbook of donating. But the ability to use a payment app to donate later seems to give people an excuse to renege upon or "forget" their donation.

According to the researchers, a substantial part of the explanation rests in the fact that a person’s will to donate is highly correlated with the social pressure present when people meet. When a fundraising solicitor leaves, that pressure fades away and it becomes easier for a donor to opt out.

"Social pressure seems to be a key driver of people's charity, alongside the inherent motives of contributing to a positive cause. Bluntly stated, people basically give when asked to because they have a negative experience if they say no," he explains.

"This tells us something quite deep about our desire to be social. We want to be social and act in a socially acceptable manner when asked for a contribution. But often, we also have an opposing motive – to keep our money, if we can get away with it in a way that is socially acceptable. This duality permeates everything. Thus, there is a much broader agenda for us as researchers, beyond the importance of understanding charity mechanisms," explains Toke Reinholdt Fosgaard.

One positive side effect of digital donations as laid out by the study is that they tend to be significantly larger than cash donations.

The average cash contribution was 52 Danish kroner (€7), whereas on-the-spot digital donations were significantly more, at 65 kroner (€8.75) on average.

"It shows that while digital payment solutions can challenge fundraisers and charities by providing prospective donors with an easy way out, they also present opportunities for higher contributions from those who actually want to give. Donors are no longer limited by what is in their pockets when they open the door," says Fosgaard.

Donating on the spot

The researchers found that the biggest difference was between those who did not pledge to contribute and the group that made on-the-spot donations in the presence of solicitors. Thus, fundraisers would do well to deploy a strategy that gets donors to give in such a way that money is transferred immediately.

Fosgaard thinks that it is worth discussing how insistent solicitors can afford to be, but that the situation is more or less the same for all charities.

“Is it unethical to keep someone who has expressed an interest in donating at the door? If so, then all charity is unethical, because it is, and has always been, that social pressure is at play. There is a knock at the door, and you open it in your bathrobe to a person asking, 'would you like to donate?'," says the researcher.

The researcher also thinks that the study can help charities design effective fundraising so that people who are keen to donate do so, while fundraisers feel impactful.

"We hear from fundraisers that they miss a feeling of success when handing over a pamphlet with a MobilePay number on it. That’s another reason why it makes sense to ask people to donate on the spot if they wish to support the cause," says Toke Reinholdt Fosgaard.

About the study: Morally tying people to their word

The researchers studied the effects of social pressure with regards to charitable contributions by looking at the effect of moral commitment.

Potential donors were asked how much they would like to contribute. The thesis was that verbal and written pledges could, to varying degrees, morally tie people and maintain social pressure upon them.

However, these were small increases. The big difference was between those who did not pledge an amount and the group who donated on the spot.

Those who refused to donate were, unsurprisingly, the least generous. The group donated less frequently and when they did, their donations averaged smaller.

Group 1 made a verbal pledge to a specific donation

Group 2 made a written pledge to donate

Group 3 did not make a pledge

The non-profit and volunteer sector in Denmark accounts for nearly 2% of Danish GDP, with total finances of DKK 4.4 billion (€591 million).

Estimates have put charity at roughly 3% of global GDP, with a higher proportion in some countries.

In the United States, which tops international rankings in relation to charity, charitable giving fills an even greater role across society – for example, around social services. Here, the non-profit sector's share of GDP is just under 6%.

Charitable giving makes up an important part of the global economy and contributes to the redistribution of resources.

I will donate later! A field experiment on cell phone donations to charity 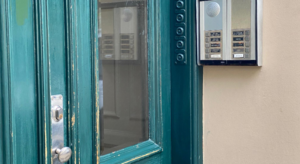