EAST LANSING, Mich. – If there’s news about amphibians these days, odds are it’s not going to be good. A pathogenic fungus has been decimating populations around the world for about forty years and counting, pushing many species to extinction. And once a species is classified as extinct, odds are it isn’t coming back.

That’s why researchers have been stunned to see one genus — Atelopus or harlequin frogs — defying the odds. Now, new research from ecologists at Michigan State University and collaborators in Ecuador is setting the stage for an unprecedented underdog story — or, if you will, an underfrog story.

With a combination of literature review and fieldwork, the team has shown that as many as 32 harlequin frog species, once thought to be possibly extinct, are still surviving in the wild.

“I can’t tell you how special it is to hold something we never thought we’d see again,” said Kyle Jaynes, the lead author of the new study published in the journal Biological Conservation. Jaynes is an MSU doctoral student in the Department of Integrative Biology and the Ecology, Evolution and Behavior Program, or EEB.

The team’s work paints a much brighter picture for the future of these frogs and biodiversity in general. But the researchers also hope it creates a sense of urgency around conserving the rediscovered species, which are still critically endangered.

“We want people to walk away from this with a glimmer of hope that we can still address the problems of the biodiversity crisis,” said Jaynes, who works in the lab of Sarah Fitzpatrick, an assistant professor in the College of Natural Science who is based at the W.K. Kellogg Biological Station.

“But rediscovery does not equal recovery,” Jaynes said. “This story isn’t over for these frogs, and we’re not where we want to be in terms of conservation and protection. We still have a lot to learn and a lot to do.”

“This study opens up a lot of other questions,” said Fitzpatrick, who is also a core faculty member of EEB.

“For example, why are these frogs persisting? What we found points to the fact that there probably isn’t a single explanation,” Fitzpatrick said. “And now that we’ve described these frogs, how do we ensure their recovery?”

Invaluable contributions have also come from outside the realm of professional research and conservation. The team works with local communities in Ecuador — including Indigenous communities — that treasure the frogs at least as much as the researchers do.

“We really want people to understand how important our partnerships are. We were invited into this work by our Ecuadorian colleagues,” Fitzpatrick said. “They’ve been working tirelessly on these challenges for decades. There are so many things that they bring to this work that make it possible.”

Back from the dead: Up to 32 frog species thought to be extinct may not be, MSU research shows 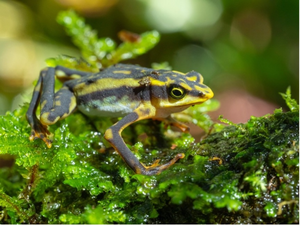 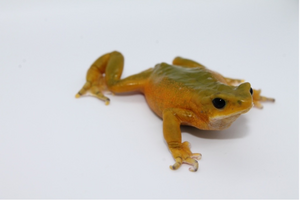 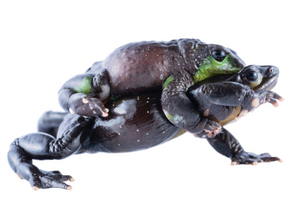 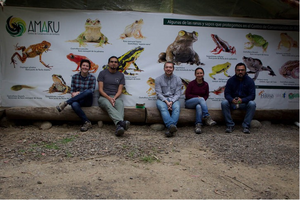