A delicacy in Japanese cuisine, puffer fish (fugu) also contain a lethal toxin. Improperly prepared puffer fish can cause the person eating it to experience food poisoning and a swift death. Such a terrible event can happen because the fish’s liver and ovaries contain a powerful neurotoxin called tetrodotoxin (TTX). However, though its purpose is unclear, puffer fish also have analogs of TTX that are non-toxic. Now, in a new study published in Scientific Reports, researchers at Nagoya University in central Japan have proposed that puffer fish use these toxin analogs to communicate using smell.

To conduct their research, the group used a kind of puffer fish called a grass puffer (Takifugu alboplumbeus). Grass puffers are a problem for many Japanese recreational anglers as they are considered bycatch that eat bait and break fishing lines. But at the same time, many people show affection towards them because of their appearance and a few people even keep them as pets. Many people also know grass puffers for their gathering at a specific spot on the evening of high tide in early summer and spawning en masse.

Since childhood, Associate Professor Hideki Abe from the Graduate School of Bioagricultural Sciences was delighted by the grass puffer’s “charming appearance”. But as a biologist, he was more intrigued by their spawning behavior. “I was fascinated by the hypothesis that their toxin may be involved in their spawning behavior as a pheromone,” he explained. Pheromones are chemicals that are perceived by fish using their olfactory senses and are used to affect the behavior of others of the same species.

Like other puffer fish, the grass puffer accumulates the neurotoxin TTX to discourage would-be predators. However, grass puffers also accumulate a non-toxic analog of TTX called 5,6,11-trideoxyTTX (TDT). Scientists are curious as to why pufferfish should accumulate a non-toxic version. To better grasp this phenomenon, a team of Nagoya University researchers led by Drs. Abe, Adachi, and Nishikawa, and their graduate students Yoshihisa Noguchi, Keigo Matsutani, Takehisa Suzuki, Ryo Sakakibara, and Ryota Nakahigashi of the Graduate School of Bioagricultural Sciences, investigated the compound. They established that TDT serves as a smell that attracts other grass puffers and identified the olfactory sensory cells that they use to sense it.

The researchers tested grass puffers using an electroolfactogram, a device that measures excitations of the olfactory epithelium, the tissue that responds to smells. Surprisingly, they discovered that rather than responding to the toxic TTX, the puffer fish’s olfactory epithelium responded to its non-toxic analog, TDT. Immunohistochemical staining revealed the presence of olfactory sensory cells that specifically respond to TDT, implying that it behaves as an odorant that attracts grass puffers.

Next, they demonstrated the attractive properties of TDT by putting grass puffers into a fish tank, and then introducing it to only one side. Responding to the chemical, the grass puffers gathered in the part of the tank where it was added.

“This result was unanticipated, since previous studies had assumed that TTX was the pheromone-like substance used by grass puffers,” explained Abe. “The TTX used in earlier studies was derived from living organisms and had low purification; therefore, we assumed that it might not only contain TTX but other analogs, including TDT, which might have actually induced the odor response.” As a result of their study using pure TDT, long-held beliefs about the role of TTX in pheromone signaling in puffer fish may be overturned.

“Prey animals contain both the toxin and its analog, so grass puffers may use the smell of TDT as a signal to find prey animals bearing TTX, such as flatworms, starfish, gastropods, and skeleton shrimp,” Abe continued. “Additionally, the stored TTX and TDT in grass puffers are localized in their skin, liver, and ovary. The TTX released from the ovaries and eggs of the females during spawning may serve to protect the eggs from predators. Meanwhile, TDT released from the skin and ovaries of the females, along with TTX, may attract males.”

“Our results provide a new perspective on the use of TTX and its analogs by toxic puffers,” Abe concluded. “They are the first clarification of the biological functions of the non-toxic analog and are expected to have a meaningful impact on research on the toxification mechanism and reproductive behavior of pufferfish.”

An almost nontoxic tetrodotoxin analog, 5,6,11-trideoxytetrodotoxin, as an odorant for the grass puffer 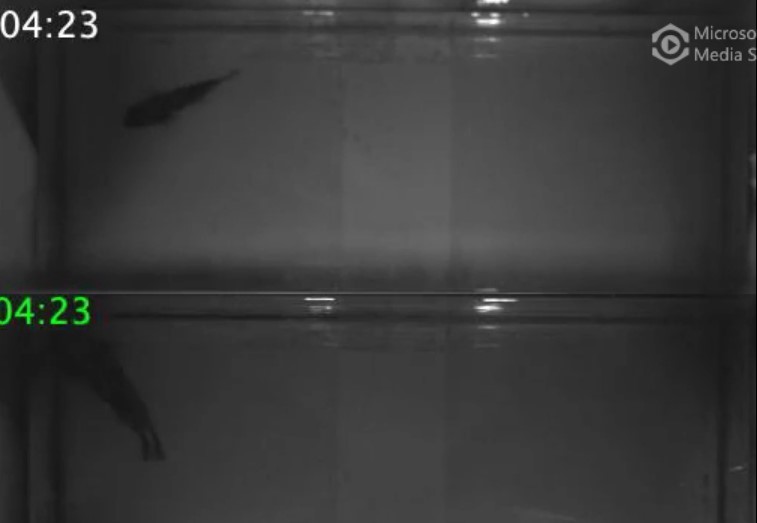