Prof. Frank H. P. Fitzek and Asst. Prof. Riccardo Bassoli from the Deutsche Telekom Chair of Communication Networks are representing TUD in the joint project. Together with 40 partners from science and industry, they are researching a prototype for an innovative European quantum internet. Both researchers are primarily interested in how quantum technology can be used to improve telecommunication networks in the future. Quantum internet connects quantum computers to each other. These computers don’t use zero and ones, they work with qubits that can assume many states simultaneously and connect with physical matter or light particles. Quantum systems can carry more information than classical systems because they encode information between components rather than within them. Researchers have been trying to work out how to stabilize fragile qubits and how to connect more of them to each other for many years.

Secure communication via the quantum internet

Something that can be achieved sooner rather than later with quantum bits is the transmission of secure information that cannot be tapped by third parties. With quantum physics, it’s possible to reliably detect any third party intercepting the line. The phenomenon of quantum entanglement makes this possible: Two qubits are inseparably linked, even if they are located many kilometers away from each other. Just like teleportation, one can deliver information to the other. The state of the first light particle also appears in the second photon despite the distance between them. The entanglement of two qubits cannot be broken, creating a private connection. Quantum cryptography takes advantage of this principle to encrypt information, so that it can be transmitted securely and privately.

Quantum internet as the pioneer of European digital sovereignty

Quantum cryptography systems are already used today to transmit encryption codes from banks and governments, for example. Currently, this is possible for distances of up to around 70 to 80 kilometers. Quantum internet should broaden the potential distances that quantum-encrypted information can travel, enabling the construction of a quantum network. China is at the forefront of creating a network of this kind, which is why the EU wants to close the gap and has begun investing in this technology. The seven-year QIA project was launched in October 2022 to create a quantum internet network in Europe. The alliance is a part of the Quantum Flagship Project, a multi-billion-euro research project funded by the European Commission to support Europe's researchers and companies in creating a digitally independent Europe. QIA has spent the last few years laying the groundwork for the realization of its prototype. This includes the first in-lab multiprocessor quantum network, the first quantum software and network stack, and a state-of-the-art quantum repeater system that will enable long-distance quantum communications in the future.

The role of TU Dresden in the Quantum Internet Alliance

Prof. Frank H. P. Fitzek and Asst. Prof. Riccardo Bassoli focus on the definition and characterization of specific applications for the quantum internet. Identifying applications for a technology that, strictly speaking, doesn't exist yet is a true challenge. It could be compared with developing applications such as email or online banking before the birth of the internet we are familiar with in the late 1960s. In addition, they are working on identifying the performance metrics required by quantum communication technologies to support 5G and future 6G use cases. The focus is on seamless integration between future 6G networks and quantum communication technologies.

Founded in 2017 by the European market leaders QuTech, ICFO, the University of Innsbruck and the Paris Centre for Quantum Computing, the Quantum Internet Alliance is a team of academic institutions, telecommunication operators, system integrators and quantum tech start-ups from all over Europe. QIA receives funding from the EU Horizon 2020 Research and Innovation Programme. In its first project phase covering a period of 3.5 years, QIA has been awarded a total budget of 24 million euros. 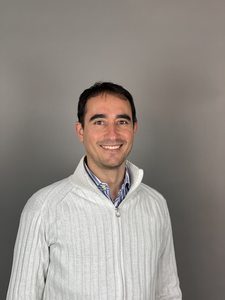