Tardigrades are tiny (0.5-1 mm) eight-legged animals famous for being among the toughest organisms on the planet. However, we still know very little about their behaviour and ecology, particularly in Finnish ecosystems. Researchers from the Department of Biological and Environmental Science at the University of Jyväskylä have recently described a new species and reported a new incredible survival skill in another one of these mighty creatures.

Tardigrades are most often found in the humid micro-environment provided by forest mosses and wet leaflitter. However, their widespread ability enter anhydrobiosis (the reversible loss of body water) allows them to colonize relatively dry habitats.

Sand dunes are a unique but understudied ecosystem, especially with respect to microscopic diversity. A new tardigrade species was recently discovered from mosses and lichens growing on sandy soils in Rokua National Park. Its scientific name – Macrobiotus naginae – is inspired by the sad back story of a character from the Harry Potter books: Lord Voldemort’s snake companion Nagini. Nagini’s cursed transformation from woman to limbless beast recalls the evolutionary pattern of limb reduction that sand dwellers often go through. And indeed, M. naginae has considerably reduced claws which are advantageous for crawling between sand grains.

This study highlights the importance of applying basic ecological research using taxonomy tools for non-model organisms. Afterall, only with a more complete understanding of the current biodiversity, can more effective conservation actions be developed to preserve unique habitats such as inland sand dunes.

Biodiversity patterns are affected, among others, by differences in dispersal ability of different species. For small organisms such as tardigrades, dispersal is believed to be limited in distance and largely mediated by wind and water. A new study has provided the first direct evidence that moss-living tardigrades are able to survive the passage through the gut of the land snails.

Researchers were able to recover active tardigrades from the faeces of ¼ of wild caught Arianta arbustorium snails. One of the two species thus collected was able to persist in the laboratory. However, in order to better assess this survival ability, an experiment was conducted: snails were fed a known amount of a locally sourced moss-living tardigrade (Macrobiotus ripperi) in controlled conditions, and their faeces analysed for four consecutive days.

It was found that 1/3 of all ingested tardigrades were defecated alive (218/698 tardigrades), with a peak at day 2 post ingestion. Furthermore, these recovered tardigrades reproduced in laboratory conditions.

This two-day “delay” could result in dispersal distances of about 10 meters. This is a considerable distance for organism under 1mm, for which just few millimetres of dry area would thwart its movement. Moreover, snails and tardigrades share the same moss-rich and humid habitats; therefore, the destination of this “snail-ride” is likely suitable for the surviving tardigrades.

This study highlights the importance of basic ecological research to improve the currently limited understanding of microorganism dispersal and its links with extreme environment adaptations. 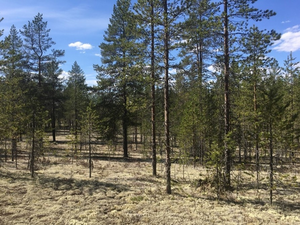 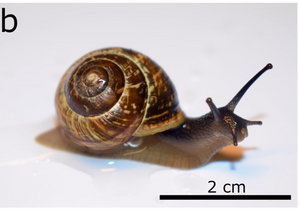