If you happen to see termites engaging in courtship rituals, you’d be hard-pressed to spot the difference between opposite-sex and same-sex couples. That’s because one of the termites in a same-sex couple changes its behavior to act like the opposite sex. This ‘sex role flexibility’ is crucial for the evolution and maintenance of same-sex pairs, reports a new study published in PNAS on November 8, 2022.

The research, conducted by scientists from the Okinawa Institute of Science and Technology (OIST), in collaboration with the University of St. Andrews, on the Japanese termite, Reticulitermes speratus, also found that the termites’ ability to switch sex roles during courtship can be traced back to their distant termite ancestors.

“Homosexual behavior in animals has always been a bit of a puzzle for scientists,” said Dr. Nobuaki Mizumoto, first author of the study and a postdoctoral researcher in the OIST Evolutionary Genomics Unit. “One prevailing theory is that homosexual behavior is due to mistaken identity, with animals rushing to mate without checking the sex of their partner. But at least for termites, we have shown that same-sex courtship requires a deliberate behavior change. In other words, it’s no accident.”

For Japanese termites, courtship and mate pairing occurs during a brief and frantic period of time once a year. Thousands of winged individuals disperse from their nests and swarm into the air, before landing on the ground and shedding their wings. The termites then desperately rush to find a partner and once together, the two termites set off to find a nest site to start their new colony. They move together while performing a specific courtship behavior, called a tandem run.

“The tandem run is highly coordinated, with each sex showing a distinct behavior,” explained Dr. Mizumoto. “The female termite always leads the way, and the male termite always follows close behind. If they get separated, the female pauses while the male searches for her.”

However, sometimes a male termite may be unable to find a female, or vice versa. In this case, termites choose to form male-male and female-female pairings and establish a same-sex nest together, rather than staying single.

“Termites need to groom each other to remove pathogens and stay healthy,” explained Dr. Mizumoto. “Then, females can reproduce on their own via parthenogenesis, and males can wait and later invade another nest to mate with a female. Also, searching too long for a partner of the opposite sex leaves termites vulnerable to predation. So, same-sex pairings are a strategy for survival – it’s them making the best of a bad job.”

In the latest study, the researchers focused on whether sex-based behavior roles seen during tandem runs in opposite-sex couples were also mirrored in same-sex pairings.

To start, they observed how the termites paired up for tandem runs when in mixed or single-sex groups. They found that female-male tandems and male-male tandems occurred more readily than female-female tandems. However, once formed, all tandem pairs were equally stable, maintaining similar speeds and durations.

The researchers then moved pre-established female-male, female-female, and male-male termite pairs in their own petri dishes. Whilst the termites were performing the tandem run, the scientists then removed either the leader or the follower of the pair and watched how the other termite reacted.

They found that same-sex termite pairings showed similar dynamics to opposite-sex pairings upon separation. When female-female termites were separated, the “follower female” intensively searched for the other termite, despite this being a typical male behavior trait. When male-male termites were separated, the “leader male” paused, similarly to heterosexual females. This meant that same-sex pairs were able to re-encounter their partner just as effectively as heterosexual pairs.

The research team also ran computer simulations to see what would happen if the termites in same-sex pairs were unable to switch sex roles. For female-female pairs, the scientists simulated both females pausing and for male-male pairs, they simulated both males searching. The simulations showed that they were either less likely re-encounter each other, or it took a much longer time.

Since both female and male termites were fully capable of displaying either sex’s behavior, the next question for the researchers to solve was how this sex role flexibility originated.

To answer this, the scientists searched through a vast quantity of scientific records to determine for as many termite species as possible whether tandem runs were present during courtship, and if so, whether females or males led them.

The researchers found that while all the termite species within the evolutonary group, Neoisoptera, that the Japanese termite belongs within, had female-led tandem runs, species of termites that were more distantly related had tandem runs that could be led by either males or females.

“This suggests that male and female termites that were the ancestors of modern termites likely had the ability to both lead and follow. That could be why the potential for females and males to switch behaviors still exists in modern termites, allowing same-sex pairings to evolve,” said Dr. Mizumoto. 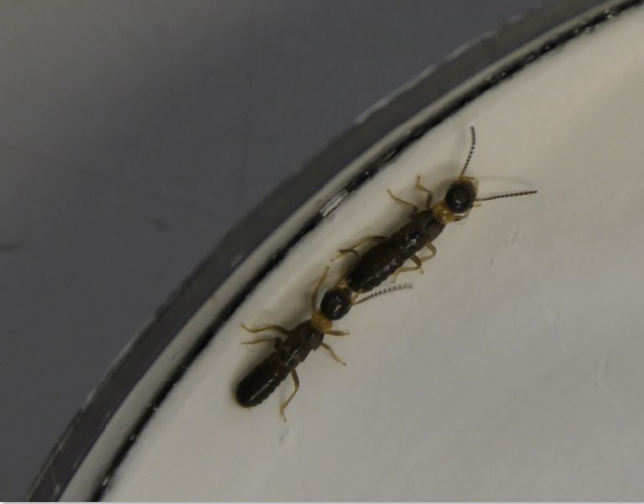 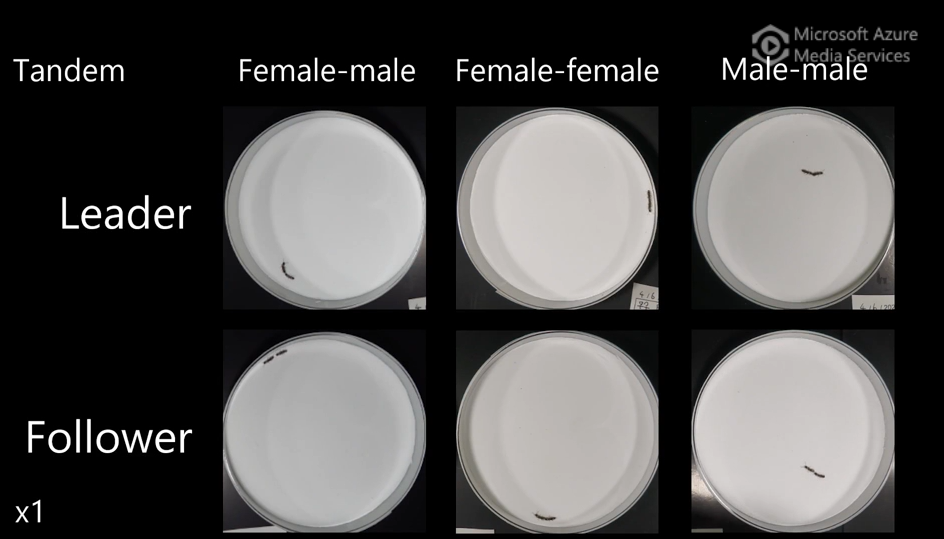