Combining high-quality research and a wide range of educational offerings is something the Fritz Bauer Institute does very well despite its limited staffing. That is the conclusion reached in an evaluation of the German Science and Humanities Council, which was commissioned by the Hessian Ministry of Science and the Arts. The Frankfurt-based institute’s research on National Socialist crimes of violence, and especially on the Holocaust, as well as on the legal and societal handling of these crimes after 1945, is of high quality, the report said. "Research on the Holocaust and the conveyance of a critical awareness of history remain greatly important today, especially in Germany. The Fritz Bauer Institute makes a valuable contribution to this, one that in future should resonate even more on the international stage," Dorothea Wagner, Council chairwoman, was quoted as saying in a press release.

In the face of the pandemic, the Institute had offered its lecture events online – both as a livestream and also for later accessing. The public’s response to the offer was great, and the Institute was able to expand its reach. That is why the German Science and Humanities Council recommends maintaining the online offer, while at the same time emphasizing that this would require better staffing. It is not just the Institute's education and outreach activities that are thinly staffed, the Council’s evaluation found, but also the areas of IT, digitization and media support in particular. It is solely thanks to the exceptionally high commitment of the employees that the Institute is able to uphold its extensive and high-quality services. The German authority recommends a moderate increase in the number of base-funded positions and an annual increase in the budget to keep pace with rising costs.

"We are happy about this great appreciation of our work," comments Prof. Sybille Steinbacher, who has headed the institute since 2017 and holds the specially created professorship on "Researching the History and Impact of the Holocaust" at Goethe University's Department of History. "Although we are a small institute, we do a lot. The fact that our potential is recognized and appreciated is important for us and will hopefully be reflected in an increase in our funding." The evaluation formulated expectations with regard to digitization, internationalization and networking, which had in fact already been set in motion. "We are glad that the Council report confirmed that this cannot be achieved without an increase in personnel. We are fully aware that these are financially difficult times, but we urgently need more funds, especially for our digital offerings, for outreach work in and outside of schools, and for our exhibitions," Steinbacher said.

"We are pleased to have the independent Fritz Bauer Institute working closely with us, especially thanks to the establishment of a cooperative professorship at the History Department," said Goethe University President Prof. Enrico Schleiff. "The Fritz Bauer Institute conducts research at the highest level and will increasingly explore its research questions in an interdisciplinary manner – a development that is in line with the entire Goethe University. After all, solutions to the challenges facing society as a whole must be as diverse and multi-perspective as the challenge itself. Doing that puts a comprehensive university enriched by affiliated institutes in a position to research the knowledge for tomorrow," Schleiff continued.

The German Science and Humanities Council’s press release (in German) can be accessed using the following link: https://www.wissenschaftsrat.de/SharedDocs/Pressemitteilungen/DE/PM_2022/PM_2522.html

Photo 1: "We are happy about this great appreciation of our work." Prof. Sybille Steinbacher has served as head of the Fritz Bauer Institute since 2017. (Photo: Niels P. Jørgensen)

Photo 3: A look inside the archives of the Fritz Bauer Institute. (Photo: Werner Lott) 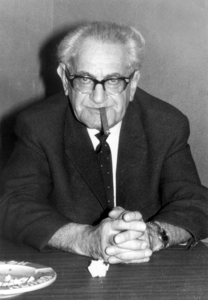 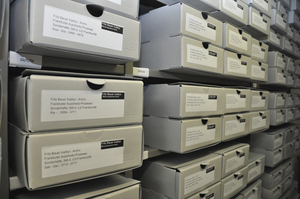 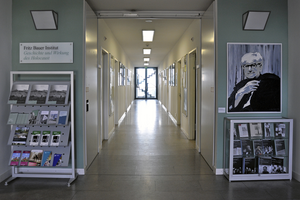