Researchers have observed a wild chimpanzee showing an object to its mother simply for sharing’s sake – social behaviour previously thought to be unique to humans.

The researchers, from universities including York and Warwick, captured footage of the chimpanzee encouraging her mother to join her in looking at a leaf. The discovery suggests that in certain social conditions, wild chimpanzees can share experiences with each other, using gestures in order to comment or remark on the world.

Humans begin to use referential gestures to show or point out objects or events of interest to others in the first year of life, but until now primates have never been seen engaging in this behaviour - all previously documented referential gestures in primates were given to request something, not just to share attention.

Lead author of the study, Dr Claudia Wilke from the Department of Psychology at the University of York, said: “People love sharing experiences with each other – social media capitalises on this trait, and even in our first year of life we start to show others interesting things we’ve found.

“It has been suggested that ‘sharing for sharing’s sake’ is a uniquely human trait, but our observation of these wild chimpanzees challenges this. We observed an adult chimpanzee showing her mother a leaf she had been grooming, not because she wanted her to do anything with the leaf, but most likely because she simply wanted her to also look at the leaf.”

Co-author Simon Townsend from the universities of Warwick and Zurich added  “Our observations suggest that in specific social circumstances chimps may show each other objects of interest, to share attention about them, and that this behaviour may not be unique to humans”

The researchers captured video evidence of an adult female chimpanzee, Fiona, showing a leaf to her mother, Sutherland, in Kibale Forest, Uganda.

They examined more than 80 similar leaf-grooming events in order to rule out alternative explanations for the behaviour, including food sharing and initiating grooming or playing.

The researchers will now conduct further research on communities of chimpanzees to see if they can observe other chimps engaging in this showing and sharing behaviour.

The discovery could have implications for our understanding of the evolution of human social cognition and what makes human minds unique, the researchers say.

Co-author, Professor Slocombe from the University of York added: “While there is a need to identify further examples of this behaviour in chimpanzees, our observations indicate that sharing attention for sharing’s sake is not unique to humans. It has been argued that our ability to share experiences helped us to evolve the cognitive abilities that set us apart from other species, such as our capacity for joint action, cooperation and language.

“Our observations raise new questions about why humans share experiences more often than our closest living relatives and whether engaging in this behaviour at a higher frequency than other species can still explain the evolution of cognitive functions underpinning human social behaviour.”

Declarative referential gesturing in a wild chimpanzee is published in the journal PNAS. 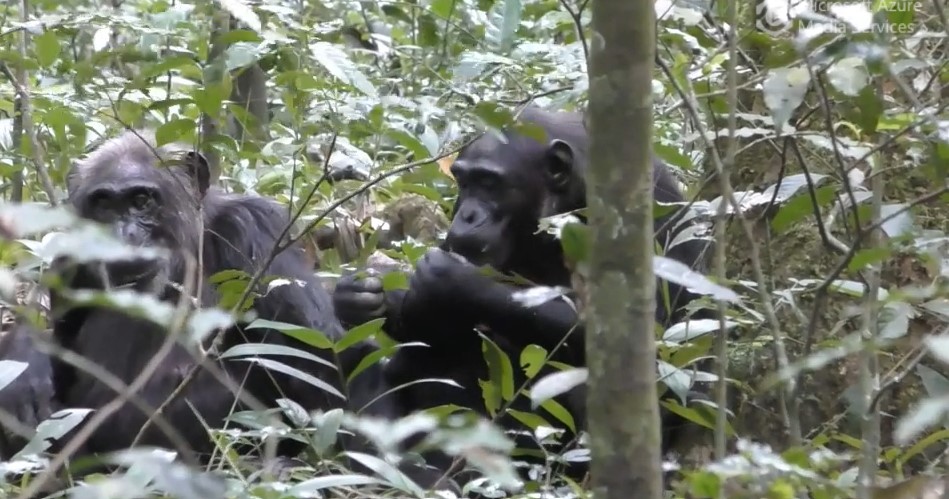