Cosmological observations of the orbits of stars and galaxies enable clear conclusions to be drawn about the attractive gravitational forces that act between the celestial bodies. The astonishing finding: visible matter is far from sufficient for being able to explain the development or movements of galaxies. This suggests that there exists another, so far unknown, type of matter. Accordingly, in the year 1933, the Swiss physicist and astronomer Fritz Zwicky inferred the existence of what is known now as dark matter. Dark matter is a postulated form of matter which isn’t directly visible but interacts via gravity, and consists of approximately five times more mass than the matter with which we are familiar.

Recently, following a precision experiment developed at the Albert Einstein Center for Fundamental Physics (AEC) at the University of Bern, an international research team succeeded in significantly narrowing the scope for the existence of dark matter. With more than 100 members, the AEC is one of the leading international research organisations in the field of particle physics. The findings of the team, led by Bern, have now been published in the highly-regarded journal Physical Review Letters.

“What dark matter is actually made of is still completely unclear,” explains Ivo Schulthess, a PhD student at the AEC and the lead author of the study. What is certain, however, is that it is not made from the same particles that make up the stars, planet Earth or us humans. Worldwide, increasingly sensitive experiments and methods are being used to search for possible dark matter particles – until now, however, without success.

Certain hypothetical elementary particles, known as axions, are a promising category of possible candidates for dark matter particles. An important advantage of these extremely lightweight particles is that they could simultaneously explain other important phenomena in particle physics which have not yet been understood.

“Thanks to many years of expertise, our team has succeeded in designing and building an extremely sensitive measurement apparatus – the Beam EDM experiment,” explains Florian Piegsa, Professor for Low Energy and Precision Physics at the AEC, who was awarded one of the prestigious ERC Starting Grants from the European Research Council in 2016 for his research with neutrons. If the elusive axions actually exist, they should leave behind a characteristic signature in the measurement apparatus.

“Our experiment enables us to determine the rotational frequency of neutron spins, which move through a superposition of electric and magnetic fields,” explains Schulthess. The spin of each individual neutron acts as a kind of compass needle, which rotates due to a magnetic field similarly to the second hand of a wristwatch – but nearly 400,000 times faster. “We precisely measured this rotational frequency and examined it for the smallest periodic fluctuations which would be caused by the interactions with the axions,” explains Piegsa. The results of the experiment were clear: “The rotational frequency of the neutrons remained unchanged, which means that there is no evidence of axions in our measurement,” says Piegsa.

The measurements, which were carried out with researchers from France at the European Research Neutron Source at the Institute Laue-Langevin, allowed for the experimental exclusion of a previously completely unexplored parameter space of axions. It also proved possible to search for hypothetical axions which would be more than 1,000 times heavier than was previously possible with other experiments (refer to the press release dating from November 2017).

“Although the existence of these particles remains mysterious, we have successfully excluded an important parameter space of dark matter,” concludes Schulthess. Future experiments can now build on this work. “Finally answering the question of dark matter would give us a significant insight into the fundamentals of nature and take us a big step closer to a complete understanding of the universe,” explains Piegsa.

Searching for traces of dark matter with neutron spin clocks 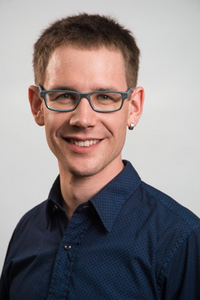