WASHINGTON (Dec. 1, 2022)—Malaria is found in more than 90 countries around the world, causing 241 million cases and an estimated 627,000 deaths every year. Vaccines are one intervention that could help eliminate this deadly disease, yet a highly effective vaccine remains elusive. Recent technological advances in vaccine development–such as the mRNA vaccines for SARS-CoV2–could lead to a new generation of malaria vaccines.

Now, a research team led by George Washington University has developed two mRNA vaccine candidates that are highly effective in reducing both malaria infection and transmission. The team also found that the two experimental vaccines induced a powerful immune response regardless of whether they were given individually or in combination. The study was published today in npj Vaccines, an open-access scientific journal that is part of the Nature Portfolio.

“Malaria elimination will not happen overnight but such vaccines could potentially banish malaria from many parts of the world,” Nirbhay Kumar, a professor of global health at the George Washington University Milken Institute School of Public Health, said. “The mRNA vaccine technology can really be a game changer. We saw how successful this technology was in terms of fighting COVID and for this study we adapted it and used it to develop tools to combat malaria.”

Kumar and the research team focused on the parasite Plasmodium falciparum, one of four parasite species that cause malaria and the deadliest to humans. Transmitted through the bite of the Anopheles mosquito, P. falciparum together with P. vivax are responsible for more than 90% of all malaria cases globally, and 95% of all malaria deaths. Most cases and deaths occur in sub-Saharan Africa but half the world’s population is at risk of contracting this deadly disease. Kumar’s team developed two mRNA vaccines to disrupt different parts of the parasite’s life cycle.

The researchers immunized one group of mice with a mRNA vaccine targeting a protein that helps the parasites move through the body and invade the liver. They immunized another group of mice with a vaccine targeting a protein that helps parasites reproduce in a mosquitoe’s midgut. The immunized mice were then challenged with the parasite causing infection and vaccine induced antibodies were tested to interrupt malaria transmission.

The study found both vaccines induced a potent immune response in the mice and were highly effective in reducing infection in the host and in the mosquito vector.  The presence of protective antibodies during transmission of parasites to healthy mosquitoes dramatically reduced the parasite load in the mosquitoes,  an important step in disrupting malaria transmission, according to the researchers.

“These vaccines were highly effective at preventing infection and they wiped out transmission potential almost entirely,” Kumar said.

The team also immunized mice with both vaccines together and found that co-immunization effectively reduced infection and transmission without compromising the immune response.

To see how the mRNA vaccines stacked up against other nucleic acid -based vaccine platforms, Kumar and the team repeated the experiment using DNA plasmids. The mRNA vaccines were far superior in inducing an immune response compared to the DNA-based vaccines, they found.

The team hopes to usher the vaccines through additional research, including studies in nonhuman primate models, with the goal of producing vaccines that can be used safely in humans.

“To have a vaccine cocktail that can effectively disrupt multiple parts of the malaria parasite’s life cycle is one of the holy grails of malaria vaccine development,” Kumar said. “This study brings us one step closer to producing vaccines that can be used safely in humans to prevent illness, save lives–with the ultimate goal of defeating this disease.”

The study, which was supported by the National Institutes of Health, was published in the Dec. 1 issue of npj Vaccines. The team, which has filed for a patent, developed the vaccines in partnership with scientists from the University of Pennsylvania and other collaborators. 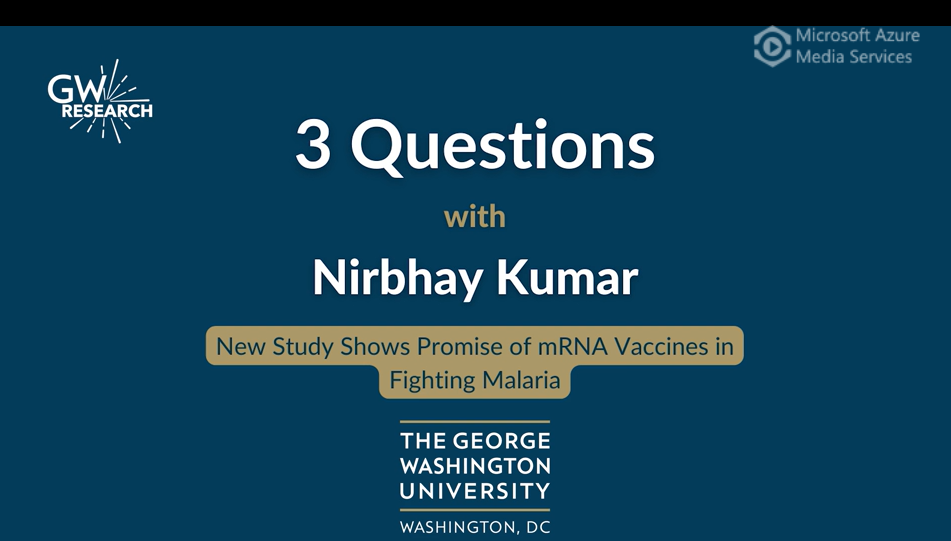