WASHINGTON — Some of the largest and most sophisticated telescopes ever made are under construction at the Simons Observatory in Northern Chile. They are designed to measure cosmic microwave background – electromagnetic radiation left over from the formation of the universe – with unprecedented sensitivity. In a new study, researchers detail an analysis method that could improve these telescopes by evaluating their performance before installation.

“We developed a way to use radio-holography to characterize a fully integrated cryogenic telescope instrument prior to deployment,” said research team member Grace Chesmore from the University of Chicago. “In the lab, it’s much easier to spot issues before they become problematic and manipulate the components inside the telescope to optimize performance.”

Although it is common to wait until after installation to characterize a telescope’s optical performance, it is hard to make adjustments once everything is in place. However, a full analysis typically can’t be done prior to installation because lab-based techniques are designed for room temperature analysis while telescope components are kept at cryogenic temperatures to improve sensitivity.

In the Optica Publishing Group journal Applied Optics, researchers led by the University of Chicago’s Jeff McMahon describe how they applied their new measurement approach to the Simons Observatory Large Aperture Telescope receiver optics, which includes lenses, filters, baffles and other components. This is the first time such parameters have been confirmed in the lab prior to the deployment of a new receiver.

“The Simons Observatory will create unprecedented maps of the afterglow of the Big Bang, providing an understanding of the first moments and inner workings of our universe,” said Chesmore, first author of the paper. “The observatory will help make these ultra-sensitive cosmic microwave background maps possible.”

Looking back in time

The cosmic microwave background maps that will be produced by the Simons Observatory will provide a window into our universe at a time so early in its history that tiny signals from quantum gravity could be detectable, says Chesmore. However, probing space with such sensitivity requires a better understanding of how electromagnetic radiation travels through the telescope’s optical system and the elimination of as much scattering as possible.

In the new work, the researchers used a technique known as near-field radio holography, which can be used to reconstruct how electromagnetic radiation travels through a system such as a telescope. To do this at cryogenic temperatures they installed a detector that can map a very bright coherent source while operating at the extremely cold temperature of 4 Kelvin. This allowed them to create maps with a very high signal-to-noise ratio, which they used to make sure the Large Aperture Telescope receiver optics performed as expected.

“All objects, including lenses, shrink and exhibit changes in optical properties when they cool down,” explained Chesmore. “Operating the holography detector at 4 Kelvin allowed us to measure the optics in the shapes they will be when observing in Chile.”

From lab to space observations

After these measurements were complete, the researchers developed software to predict how the telescope would work with photons coming from space rather than the near-field source used in the laboratory.

“The software uses the near-field maps we measured to determine the behavior of a far-field microwave source,” said Chesmore. “This is only possible using radio-holography because it measures both the amplitude and phase of the microwaves, and there is a known relationship between the properties in the near- and far-field.”

Using their new approach, the researchers found that the telescope’s optics matched predictions. They were also able to identify and mitigate a source of scattering before the telescope was deployed.

Additional members of the University of Chicago team include postdoctoral researchers Katie Harrington and Patricio Gallardo as well as graduate students Carlos Sierra, Shreya Sutariya and Tommy Alford. In addition, collaborating institutions across the globe are working to make the Simons Observatory a success.

Optica Publishing Group is a division of Optica, (formerly OSA), Advancing Optics and Photonics Worldwide. It publishes the largest collection of peer-reviewed content in optics and photonics, including 18 prestigious journals, the society’s flagship member magazine, and papers from more than 835 conferences, including 6,500+ associated videos. With over 400,000 journal articles, conference papers and videos to search, discover and access, Optica Publishing Group represents the full range of research in the field from around the globe. 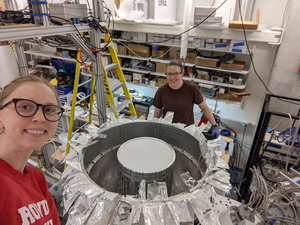 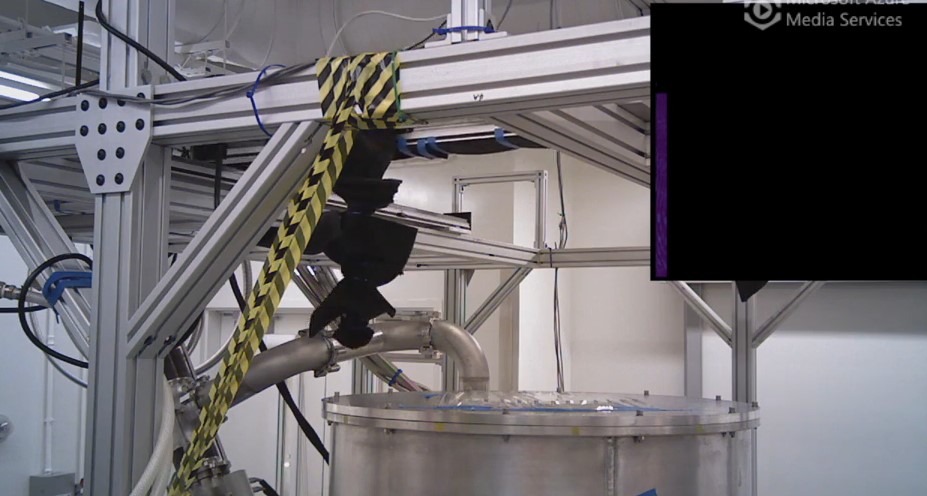